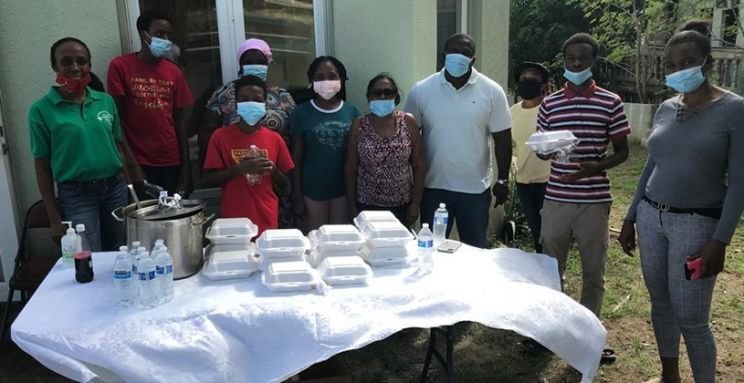 Eight District Representative and Leader of Her Majesty’s Loyal Opposition Honourable Marlon Penn and the Eight District Committee partnered with several churches in Districts 7 and 8 donating meals to approximately 1000 persons residing in districts seven and eight, during the holiday season.
“We recognise that the holiday season is about generosity and the spirit of giving and optimism and we wanted to not only provide for those families, but to also provide hope, especially to those families with children as they are being molded to become the future leaders of our Territory,” Hon. Penn said.

Hon. Penn and the Eighth District Committee collaborated with several churches in the district for their holiday season initiative Merry Meal To-Go food drive providing meals consisting of fish, meat loaf, ham, chicken, turkey, soups and salad, along with a variety of sides, treats and beverages.

“We are grateful for the business community who contributed to this initiative as their generosity will greatly impact the lives of those in need and is an effective way to help build a stronge¬r community,” Hon. Penn said of the partnerships.

Adding, “It is through their kind contributions that our efforts were realised to ensure that the families and individuals, in districts seven and eight, who are most affected by the effects of COVID-19 were the prime recipients of the food drive during the holiday season,” Hon. Penn concluded.

The Merry Meal To-Go food distribution during the Christmas holidays was a success, drawing a huge turnout. Recognising the significant number of persons in need, the New Year 2021 saw another round of food distribution in the district, totaling three separate events.