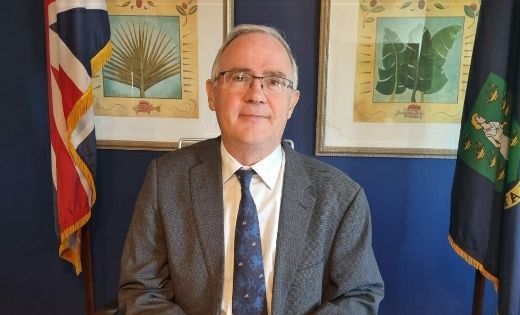 Order in Council is an 'insurance' for reform- Governor Rankin

Governor John J. Rankin, CMG says the Order in Council is an “insurance” to ensure that the Government of the Virgin Islands stays true to its commitment to implementing the reforms as recommended by Sir Gary R. Hickenbottom following the Commission of Inquiry (CoI).

Responding to questions posed to him by members of the media at the a press conference on Wednesday, October 19, 2022, Mr Rankin was very clear that the Order in Council will not be removed unless the reform takes place.

“The agreement, which was reached with the Government of National Unity, was to implement 48 of 49 CoI recommendations," Governor Rankin reminded.

The 49th recommendation was for a partial suspension of the constitution.

“The Order in Council was brought in as an insurance. It is if there is a failure in the commitment then swift action would be taken to remedy the situation.”

Governor Rankin said the Order in Council is something that would only be triggered off by a process and this is made explicitly clear in the framework document that the process can only be implemented if there was a delay in the implementation [of reforms] without a legitimate excuse.

He reminded that the period set out for the implementation of the CoI recommendations spans a period of two years.