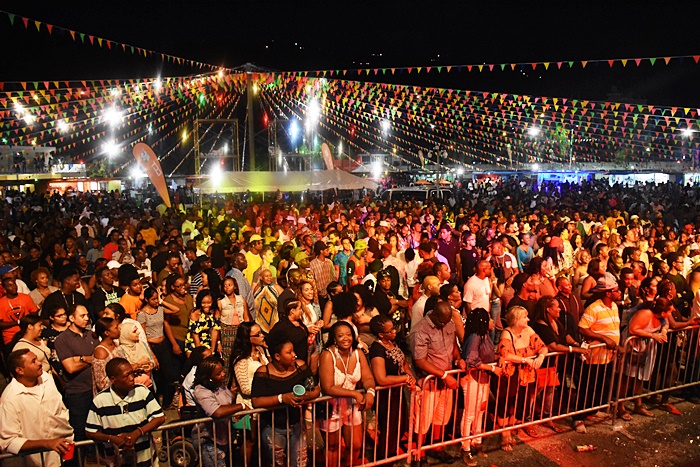 The Virgin Islands Festival and Fairs Committee (VIFFC) has promised residents that this year’s staging of the Emancipation Festival, the first since the COVID-19 pandemic was declared in 2020, will be bigger and better as the committee planned the staging with the people in mind.

Speaking with BVI News today, Public Relations Officer (PRO) for VIFFC April Glasgow said the festivities will highlight Virgin Islands’ heritage and it will tell the story of emancipation.

She added that the committee will be bringing back a few traditional events such as Carrot Bay Culture Day and aquatic sports, among others.

Since it is the first staging since 2020, Glasgow expressed her excitement and noted that is the reason this year is a big deal.

“We are proud of what we can do this year considering everything. Yes, we know every year around this time we have a festival to plan but, in all fairness, considering all the constraints we have, considering the pandemic and of course that affected finances available, not just from the government financial side of it but also community sponsorship and partnership. The fact that we were able to pull out of it so quickly, honestly, it was a herculean task from the members of the committee. Remember we are all volunteers, taking time out of our busy schedule daily, trying to get something that we can all be proud of,” she said.

The PRO said she understood that information was not as forthcoming leading up to the publication of the calendar of events because the committee has faced several challenges in ensuring this year’s staging happens.

“We have been facing a lot of challenges so when we got the go, in terms of not only sponsorship but in terms of reaching out to certain artists, the entertainment was another side of things, the venues and so forth, coordinating among the different committees, getting volunteers. It was a huge task. That is why the information was not forthcoming because we were in the thick of it and we wanted to be comfortable in providing something that we could be proud of,” Glasgow explained.

In relation to COVID-19 protocols, the PRO said the committee is abiding by the protocols currently in place by the government. She said it is up to the patrons to wear their masks and ensure their own protection as mask-wearing is no longer mandated in public spaces.

“I think that is the messaging going forward. Of course, we will have sanitisation stations available if persons do want to add another layer of protection in terms of being in the open space and wearing a mask and of course, we do encourage that,” the PRO added.

Meanwhile, she mentioned the Virgin Gorda Easter Festival was a big success and this staging of the Emancipation Festival will piggyback off that success and produce something even better.

“Not just on the scale but also the fact that we have a very good team. The thing that people may not understand about the festival committee is that although there is a chief executive, who has a high volume of work himself, we have several sub-committees with lots of volunteers who are helping to pull everything together. So, it is going to be even better because there is a strong team behind all these activities and the activities were planned with the people in mind. Everything was about what the people wanted, who the people want to hear, and what do they enjoy. Also, the issue of culture which was a major part of the discussion,” she explained.

She noted that despite a calendar of events being out already, there are some things not finalised yet but once they are, the public will be made aware of the final cost attributed to the production of the event.

The 68th anniversary, celebrating under the theme ‘Celebrating Freedom for Me and You’ will run from July 24 to August 5. Patrons will see Miss BVI’s coronation on July 24, while the opening ceremony and Gospel Night will be on Wednesday, July 27.

July 28 will have the Torch Light Procession; July 29 will be Festival Glow Night, while July 30 is International Soca Night. This night will feature the Soca Monarch Competition and a performance from Mr Killa.