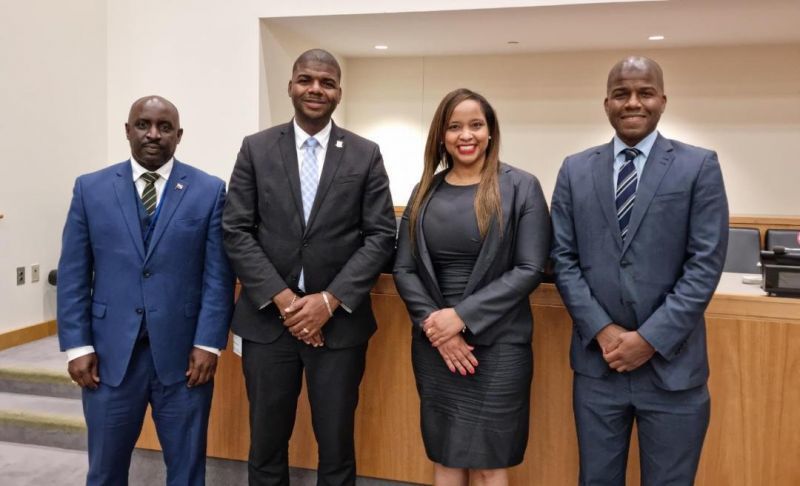 In the 1950s, two young girls from the island of Tortola in the Virgin Islands sat next to each other in primary school and high school.

As the stories go, theirs was a life of rural hardscrabble.

No electricity, no washing machines, no television, and shockingly, no wifi.

As a matter of fact, they had no school buses or parents with private transportation to drop them at their school gates.

For them, they had to rise early, do their chores, and then literally walk miles to and from school up and down the mountain ranges of Tortola.

If they got lucky, they may catch a horse going uphill and hang on to the tail.

In school, they had teachers by the name of; Loubelle Penn, Eileene L. Parsons, Proctor Scott, Leslie Allen, and the legendary Honourable Ralph T. O’Neal OBE.

These teachers instilled a sense of self-integrity, national pride, and progressive values into hundreds of young Tortolians.

These tenants remained embedded into their generation, and in turn, these ladies dedicated their maternal skills to not just ensuring that their children were bathed, clothed and fed.

No, they insisted on teaching their children about earning their rightful places in society.

This rightful place in society did not just come via such intangible things as having names of high social pedigree or having academic and technical accomplishments.

However, this time it was not in a classroom in Road Town, Tortola.

On this particular occasion, the sons of those two ladies were sitting together inside of the meeting halls of the United Nations Headquarters.

Sitting next to them, representing The Bermuda Islands, was Honourable. Thomas Christopher Famous.

The purpose of the meetings was to attend the United Nations C 24 committee meetings.

The UN C24 committee was established by the UN General Council in 1961 to deal with the implementation of the declaration on the granting of independence to colonial countries and peoples.

To be clear, neither Bermuda nor the [British] Virgin Islands governments went to the United Nations to declare independence.

The purpose was to have a physical presence at these important meetings that traditionally, have only had representatives of the United Kingdom present.

As importantly, these meetings allow for the countries that are still colonised to network and share knowledge and resources.

The Chairperson of this committee is Grenada national Ms.Keisha Aniya McGuire.

The next C24 meeting is scheduled for August 2021 to be held in Dominica.

If you see either Mrs Madita Wheatley nee Malone, or Mrs June Famous nee Fraser along your travels, please let them know that all those days in school learning lessons under Teacher Ralph and all others that they passed on to their sons were well worth the time.