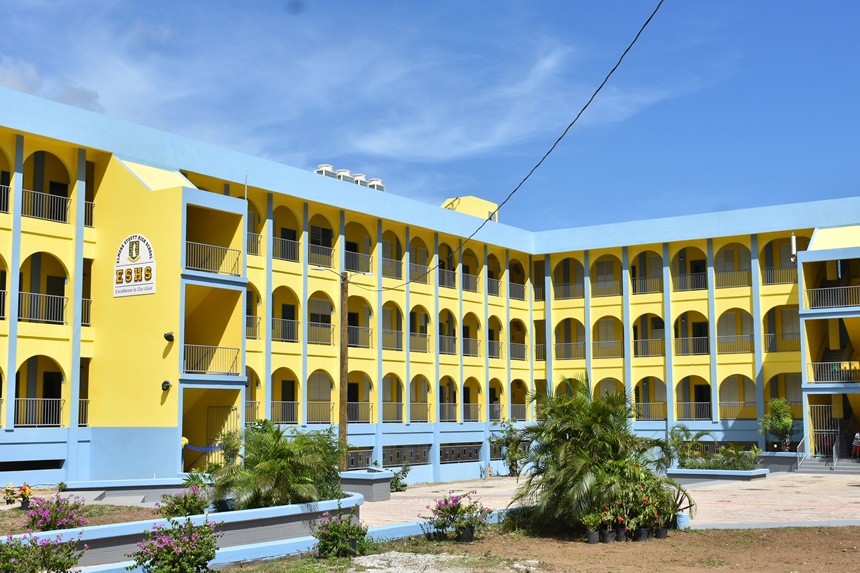 ‘Our teachers are frustrated! Treat us as priority’ - BVI Teachers Union

The teachers at the Elmore Stoutt High School’s (ESHS) junior campus said they are tired of the poor treatment by the government of the Virgin Islands.

A statement by the Executive Committee of the BVI Teachers Union (BVITU) said they were in agreement with the teachers’ decision to stage a sickout on Wednesday.

“Our cries, though acknowledged, seem to be falling on deaf ears. We, the teachers of the BVI have always gone above and beyond for the students of the territory; many times, sacrificing ourselves,” the statement said.

BVITU President Tammy Henry said this is all the Teachers’ Union would say on the matter. She declined to make any further comment.

On Wednesday morning, a score of students who turned up for classes at the junior school campus in Road Town between 8:30 am and 9:00 am had to turn back as the teachers were staging the sickout.

On the heels of World Teachers Week celebrations

The silent protest comes approximately three weeks after World Teacher’s Day and World Teacher’s Week were celebrated in the Virgin Islands under the theme “Teachers at the Heart of Education”.

At the time, Education Minister Dr Natalio Wheatley asked for local businesses to offer educators discounted rates during the week and for the rest of October.

The Education Minister also said teachers would received $300 in reimbursements for a portion of personal funds they would have used on the job.

BVI News tried contacting the Education Minister and the Chief Education Officer Connie George but all attempts were unsuccessful up until news time.

An October 27 press conference scheduled for 7 pm by Minister Wheatley to update the nation on the situation with the teachers was postponed.

Problems at the senior school

The issues with the junior school come at a time when ESHS’s Pasea campus for senior students is also facing several issues. Classes were forced online because of a major air-quality problem at the facility.

The senior campus was closed yesterday and will remain closed for the next few days as the ministry sanctions a mould-clearing exercise to address the situation.