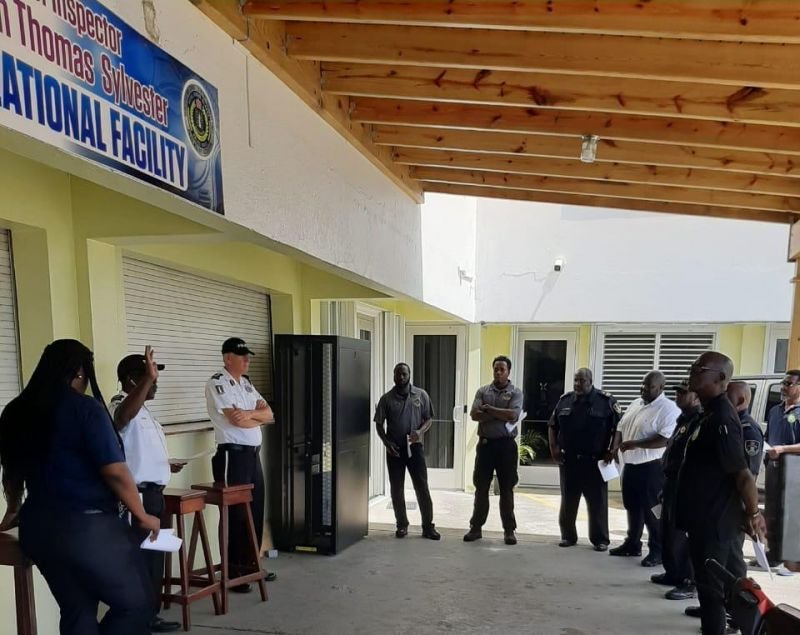 Members of the Territory’s law enforcement, security and protection forces will soon be awarded the Governor’s Medal for Meritorious Service.
The initiative launched by His Excellency the Governor Augustus J. U. Jaspert will see up to 10 persons receiving awards.

Governor Jaspert said he is pleased to launch the initiative, which will hereafter be awarded annually to recognise officers who are of good character and who have demonstrated remarkable performance in varying areas.

The Governor said, “I deeply appreciate all the men and women in our security branches, who help protect the Territory and the people who live here.” He added, “We have asked a great deal of our security forces in recent times and they have gone above and beyond to serve us. It’s important that we recognise their work and impact in making BVI such a safe place to live and visit.”

“We know that these officers do good work day-in and day-out, but it’s very gratifying to see a special recognition for officers who go above and beyond their ordinary duties,” he said.

Nominations are now open for the award. Two individuals will be put forward as nominees from each of the following departments - Royal Virgin Islands Police Force, Her Majesty’s Customs, Her Majesty’s Prison Service, the Immigration Department and the Virgin Islands Fire and Rescue Service.

To be considered for the award, officers must be able to demonstrate evidence of either excellent leadership during a significant operation; noteworthy bravery and selflessness; exemplary behaviour and conduct in the line of duty; reliability, dedication and kindness while carrying out their duties. Nominations will be evaluated on the strength and quality of evidence provided and the winners will be honoured at an upcoming ceremony.
#the Virgin Islands
Add Comment