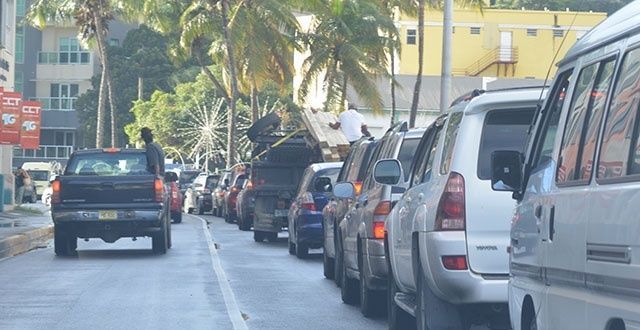 Premier and Minister for Finance Hon. Andrew Fahie has informed that the Territory’s Transportation Fund has been reinstated and has already amassed over $1.3 million.
The Premier, who was at the time speaking during the House of Assembly’s sitting on Tuesday, May 11, said the Minister for Transportation, Works and Utilities, Hon. Kye Rymer was instrumental in reinstating the fund.

“The Minister of Transport rightfully identified upon being elected after about a first year that the Tax Increment Financing (TIF), the Transportation Fund, that is legislated of how the money is calculated with any fuel that comes in the country and how much of it goes to the TIF. And, it is in the legislation that that money be placed in a special fund.”

Premier Fahie informed after his administration’s first budget was passed there were “zero dollars and zero cents inside of that fund” despite the legislation stating that the “fund must at all times see the deposits based on a calculation that is done based on the fuel that we import into this country based on a certain percentage or cents of it.”

He added, “I am happy to report that we have reinstated that fund, and I do not have the total figure, but I know Mr. Speaker a few months ago, it was at $1.3 million, which is going to go towards making sure we have a proper road network, and it will save us significant money because Government has already purchased its own asphalt plant.”

The Territory’s leader said, with the monies coming into that specific fund, the government “can now move to now not having to look for money to help with the roads but to have that fund that is being properly funded according to legislation to start to improve our road and the infrastructure.”
#Fahie
Add Comment