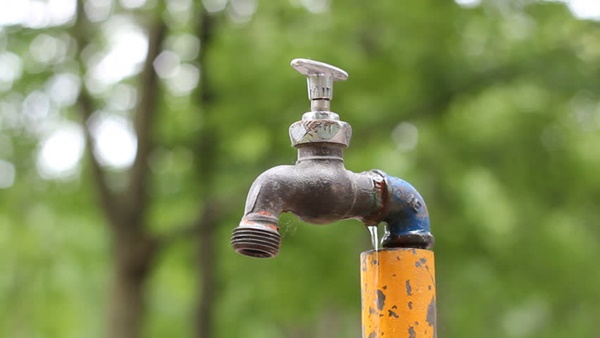 The Water & Sewerage Department has made an appeal to the more than 360 reported households who continue to receive running water illegally.

Director of Water & Sewerage Perline Scatliffe-Leonard described these illegal connections as ‘straight-lines’, meaning they have no water meter but are receiving the utility from public lines.

During Thursday’s Honestly Speaking radio programme with host Claude Skelton Cline, Scatliffe-Leonard said persons with straight-line connections who come into the department to have a meter system installed will not face any penalties for having an illegal connection.

“We do have some issues in the field with straight-lines that we are trying to correct as well so we are also encouraging customers with lines or individuals who may know that they have a straight-line in the field and are coming in, please come in to resolve that situation,” the Water & Sewerage Director said.

She added: “Persons are coming in. Today we had a gentleman that called right from Main Street to say that he’s going to come in and resolve it, so persons are coming in so we don’t have any issues with that. When I speak about straight-lines we have so far to date come across 365 of them. So we are correcting and customers are responding positively to correct themselves so we appreciate that.”

As the Water & Sewerage moves to address straight-line connections, Scatliffe-Leonard said her department is also pushing to address another problem — inaccurate readings of water meters.

The director said that a major contributor to the inaccurate readings of billing systems have been linked to the aged mechanical Kent meter systems which are now considered dated.

She said: “We are failing miserably in providing accurate readings for our customers and this is because those meters are 25-plus years old and we are replacing those with Kamstrup ultrasonic meters … We have issues where persons tamper with the meter, so this particular meter helps us with that as well because once we install them, we actually put a tag on them so if they’re removed or they’re tampered with, we get an alert.”

She estimated that the government has so far spent approximately $900,000 to fully replace all the dated metering systems. This figure will increase to more than $1.5 million when it has finished.

“We are changing from our half-inch meter as well because I know some persons for instance in Purcell, have been saying they didn’t get a new meter and what has been happening is they have half-inch lines. The meters that we ordered in which are for better pressure as well have three quarter inch meters, so we have to upgrade,” she explained.

Once it has been installed across the territory, the new metering system will cost customers a daily fee of 10 cents per day. This will cover unit replacements if needed and scheduled maintenance.