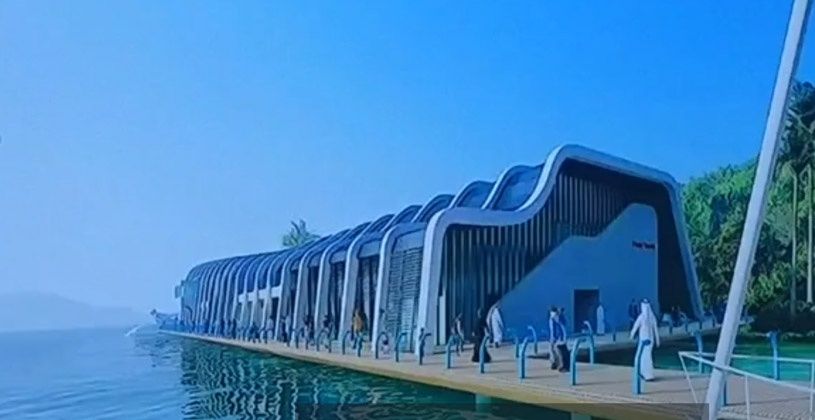 Over 40 Years Of Delays! Doing Nothing Cannot Be An Option

As Government continues to receive feedback on the proposed design for the new West End ferry Terminal, Premier and Minister of Finance, Hon. Andrew Fahie is cautious about further delays of the project which has been in the works for some four decades.
“Doing nothing cannot be an option and whatever we do still have to be done in such a way that we do not take away from what we know as Virgin Islanders would want to see 10, 15, 20 years down the road which is why we are doing the national sustainable plan,” Premier Fahie stated.

There have been public criticisms of the proposed design of the new terminal and Government is hoping to get the project started this year with a completion date of about November, 2023.
“I know that you would never be able to design a structure of this level or any structure to the liking of everyone, but the main point is to make sure that it is futuristic in use and also allows for future expansion and also many other areas inside and outside of future expansion,” the Premier has stated.

He also expressed that the project has been spoken about for many years and every time it went forward something stopped it.

“Even with designs, there are plenty designs of this project over the years, but every time it goes forward something stops it. That has been adding up to now to more than 40 years. At the end of the day we have to make some decisions,” the Premier stated.