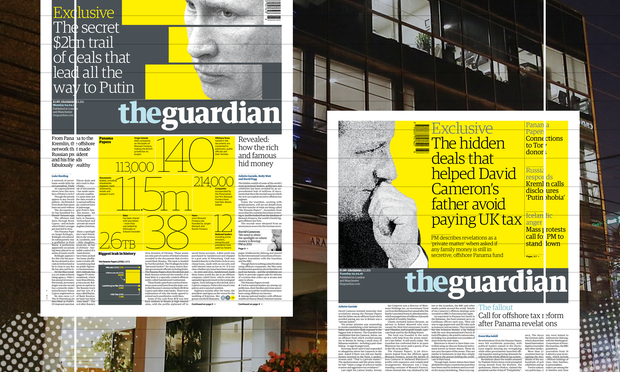 Listen to the article
0:00
0:00
In first public comments since 2016, leaker discusses their life in hiding and leaders’ failure to clamp down on tax havens
The anonymous whistleblower who leaked the Panama Papers has stepped forward to speak about their life in hiding, saying they believe the German government violated an agreement to provide adequate protection for them and their family.

Known only as John Doe, the whistleblower has never disclosed their identity or their gender. In a wide-ranging interview published in the German magazine Der Spiegel, the whistleblower said they feared a revenge attack and may never feel safe enough to reveal their name. “I may have to wait until I’m on my deathbed,” they said.

The Panama Papers, published on 3 April 2016, was a landmark investigation into the previously hidden world of tax havens. It involved 400 journalists from news outlets around the world including the Guardian, coordinated by the International Consortium of Investigative Journalists in Washington. It led to the resignations of prime ministers in Iceland and Pakistan, exposed a giant slush fund linked to Vladimir Putin, and went on to win a Pulitzer prize.

The data comprised 11.5m files from the Panamanian law firm Mossack Fonseca, whose work with accountants, banks and other lawyers enabled trillions in dark money to wash unimpeded through the global financial system.

“Making the decision to compile the data available to me at Mossack Fonseca took days and felt like looking down the barrel of a loaded gun, but ultimately I had to do it,” the whistleblower said.

In their first public comments since 2016, they said they had come forward because of concerns about the extent to which the offshore system continues to operate unchecked, at a time when the world is “careening closer to catastrophe”.

The interview was conducted by Frederik Obermaier and Bastian Obermayer, the former Süddeutsche Zeitung reporters who originally received the leak. The pair have set up their own investigations unit, Paper Trail Media, and they shared the interview with the Guardian and other media to coincide with its publication in Germany.

The whistleblower communicated using computer software that turned their answers into spoken words, in order to disguise their identity. Other than a manifesto published a month after the Panama Papers, they have never spoken publicly.

They recalled the moment the first stories began to break as they were sharing a meal with friends. “I remember seeing the posts fly by on social media by the thousands. It was like nothing I had ever seen. A literal information explosion. The people I was with were talking about it as soon as they heard. I did my best to act the way anyone else hearing about it for the first time would have.”

After publication, governments around the world brokered deals to obtain the data, using it to pursue offenders and raise more than $1.3bn in back taxes and penalties. The UK tax office, HMRC, set up a Panama Papers taskforce, with estimates that it could raise more than £7bn in extra revenues.

The whistleblower said they were let down by the German authorities and that the safeguards they requested never materialised.

“Unfortunately, the German government violated its agreement soon after, and from my vantage point put my safety at risk,” they said. “Once the German federal police had the data, I was essentially left on my own to defend myself with no protection of any sort. I felt this was unwise as the threat to my safety did not diminish at all, and if anything increased.”

They said the high-profile murder of a Chechen dissident in Berlin at the time, described by a court as a “state contract killing”, had shown how ruthlessly Russia’s security services would act on German soil.

While some media reports claimed the whistleblower was offered €5m for the Mossack Fonseca files they shared with Germany’s federal criminal office (BKA), they said “the German government did not honour the financial arrangement we agreed to”, which they said caused additional problems that jeopardised their safety.

The whistleblower said German federal police repeatedly turned down their offer of more data on illegal offshore activity beyond the Panama Papers.

“If the German government had truly appreciated the importance of the Panama Papers, I am confident that it would have been handled much differently,” they added.

The BKA said it would not comment on how it obtained the data, when approached about the allegations.

The whistleblower also raised concerns about the lack of action by governments around the world to clamp down on offshore activity. The UK has so far failed to impose transparency on the constellation of tax havens – from Jersey to Cayman to the British Virgin Islands – that come under its jurisdiction. Their corporate registers remain private, screening the names of the owners of shell companies, which are used to hold assets such as homes, yachts and private jets, or to open bank accounts and move money anonymously.

“I am extremely pleased, and even proud, that major reforms have taken place as a result of the Panama Papers,” the whistleblower said. “Sadly, it is still not enough. I never thought that releasing one law firm’s data would solve global corruption full stop, let alone change human nature. Politicians must act.

“We need publicly accessible corporate registries in every jurisdiction, from the British Virgin Islands to Anguilla to the Seychelles to Labuan to Delaware. Now. And if you hear resistance, that sound you hear is the sound of a politician who must be sacked.”

The Panama Papers revealed how British Virgin Islands companies managed by Mossack Fonseca helped to create a $2bn slush fund, with some of the cash held in the name of a musician, Sergei Roldugin, who is a godfather to one of Putin’s daughters.

The whistleblower said they could not take the risk of revealing their identity because they believed they were a target of the Russian government. The propaganda broadcaster Russia Today aired a docudrama in 2018 in which the opening credits featured a “John Doe” character given what the whistleblower described as a “torture-induced head injury”.

They said: “It’s a risk that I live with, given that the Russian government has expressed the fact that it wants me dead.”

The whistleblower said that for a long time the west viewed Putin as a “nuisance”, but one who could be controlled with economic incentives. “Obviously, that has not worked.”

They said stamping out offshore activity was key to limiting the Kremlin’s influence, as well as the rise of authoritarianism in countries such as China, Brazil and the Philippines.

The whistleblower welcomed the sanctions imposed on Russia since the invasion of Crimea in 2014 but said more could be done. While Mossack Fonseca was forced to close and its founders were briefly jailed, many other firms continue to provide offshore services.

“Sanctions are one important tool but there are others. For example, the United States could raid some of the offshore incorporators’ offices on American soil to send the signal that this type of activity is no longer acceptable. It would be easy for them to do. But it hasn’t happened.”
Add Comment