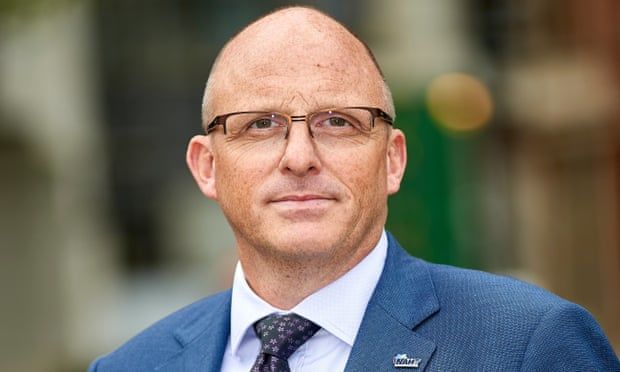 Headteachers’ leader to accuse government of failure of leadership
The leader of a headteachers’ union will claim the government is undermining the teaching of decency and honesty in schools, after “misleading” the country over Partygate and showing a lack of compassion towards refugees.

Paul Whiteman, the general secretary of the National Association of Head Teachers (NAHT), will accuse the government of an “absolute failure of political leadership”, which is leading to a breakdown in trust among young people.

In a damning speech to the NAHT’s annual conference on Friday, Whiteman will say that the prime minister’s behaviour over Partygate is “unforgivable”, and that the government’s failings are making it harder for schools to produce well-rounded young people who are ready to fulfil their role in society.

“The basics taught in school are not how to write and how to count,” Whiteman will tell delegates. “The first things are self-regulation, good behaviour, decency, honesty and integrity. Things that are hard to observe in the UK government right now.
“I am not that angry that we all obeyed the rules at the most desperate of times while our leaders partied,” he will tell NAHT members, who are gathering in Telford this weekend. “In the grand scheme of things, the offence of having a glass of wine and a slice of cake is minor.

“But for the prime minister of the country to mislead us about it, repeatedly, is unforgivable, and clearly in breach of the standards of our democratic institutions,” Whiteman will say.

“It matters because young people can see this playing out before their very eyes. And schools’ efforts to make sure young people understand the basics of self-regulation, good behaviour, decency, honesty and integrity become so much more difficult against that backdrop.”

Whiteman is also expected to attack the government’s record on refugees and to reject recent ministerial interference over political impartiality and how schools discuss these issues with their pupils.

“They see refugees, desperate humans, arriving on our shores in rubber boats from France. And they also see the complete lack of compassion, the complete lack of humanity demonstrated by our government in the way we deal with these issues. Young people are not stupid.”

A government spokesperson said: “Since the onset of the Covid pandemic we have supported schools with almost £5bn for education recovery. Alongside this we are delivering on our manifesto commitment to raise teachers starting salaries to £30,000.”
#Afghanistan  #Covid
Add Comment