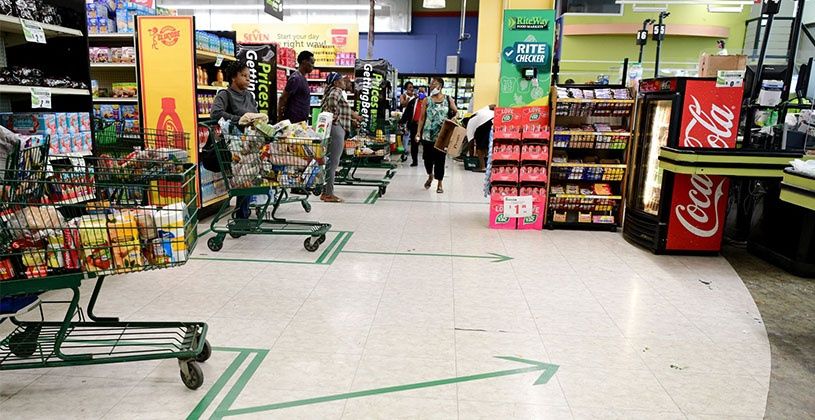 Pass The Savings On! Over-pricing May Push Customers To Shop Abroad

The Government is hopeful that businesses will pass on the savings from the soon-to-be-implemented reduction in import duties which was done to cushion the effects of rising prices on fuel and other commodities.
Premier and Minister of Finance, Hon. Andrew Fahie has stated that with this import duty stimulus measure, every household will benefit because every household is an importer and every household is a consumer.

However, he appealed to shop owners to pass along the savings.

"I want to take this moment to also appeal to our shop owners to pass the savings on to their customers because this will keep the economy circulating, it will ensure that your customers are able to continue shopping locally and reduce the amount of money leaving the Virgin Islands. If you over-price your goods, you may be pushing your customers to shop abroad, and we would prefer that they shop locally," the Premier stated.

The Premier noted that just about two weeks ago, he announced that a Task Force was created to look into the prices of goods, services, and fuel. he stated that persons tried to frame this as if Government was attacking the business community – which was not so.

"The Task Force was able to gather the data and the information for us to be able to sit down and analyse the numbers and the scenarios, and for us to understand the various perspectives to the problem so that we could arrive at fair and effective solutions," the Premier stated.

Last Friday, March 25, Government announced plans to have Customs Duties that are above 5 percent to be lowered to 5 percent. This would take effect from 15 April 2022, for three months in the first instance.

The Premier announced that this will apply across the board – both to businesses and to private citizens.

Similarly, when it comes to importing food, clothing, construction materials, marine supplies and equipment, vehicle parts, products for senior citizens and all other items, where the regular Customs Duty is over 5 percent, persons and businesses will pay 5 percent and this will lower the overall cost of importing the item.