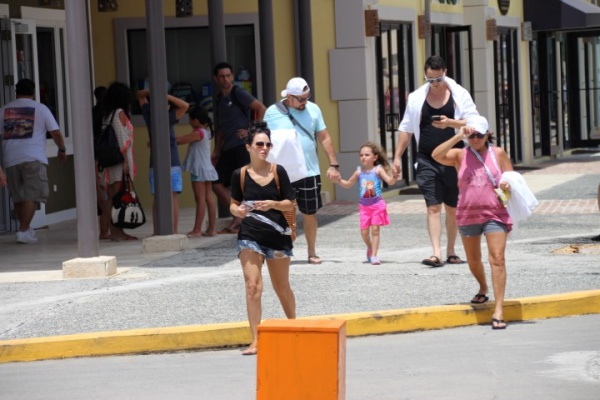 While noting that the territory has a geographical advantage in managing any spread of COVID-19, Opposition Leader Marlon is proposing that government reopen the tourism sector in three-and-half months.

In a six-page document outlining how to jumpstart the territory’s second-largest economic pillar, Penn said tourism should be reopened one subsector at a time.

The Opposition Leader said he believes the first of these should be overnight, water-based subsector which caters to mega yachting, crewed yachting, and bare-boating.

“The vast majority of our tourism is water-based where density is a non-issue and adopting the new social distancing guidelines will not be a challenge. It will happen naturally,” Penn reasoned.

“Each of these could be slated for September 1, 2020. An earlier date would afford more time for stress-testing in the slow season. In addition, the TB Lettsome International Airport can be designated as the gateway,” Penn stated.

“Thirdly, day-trippers from the United States Virgin Islands, etcetera could be allowed to enter in October 2020, along with ferries from St Thomas,” he added.

The last category of visitors he believes should return are cruise liners. He should they should be allowed to return “against a timeframe that is acceptable for regional re-entrance because cruises stop at several destinations”.

“This would require regional coordination,” he stated.

Establish a single port of entry of visitors

Penn recommended for government to establish a single local port of entry for external visitors, in the first instance. He said all requisite preventative healthcare infrastructure and protocols, such as rapid antibody testing should be in place to screen all visitors entering the BVI.

“This would afford an efficient and effective management process for all arrivals, providing a ‘safe and isolated’ corridor,” Penn said.

The Opposition Leader further proposed a reporting system in which visitors demonstrate they are virus-free, before landing in the BVI. As for resorts, hotels, villas, yachts and other tourism-related business, Penn send they should be made to follow, implement and enforcement strict safety protocols.

Penn, in the meantime, argued that Virgin Islands’ small size and density are assets that lend themselves to mitigating health concerns. He high density “is a proven fertile platform for community spread of the virus”.
Add Comment