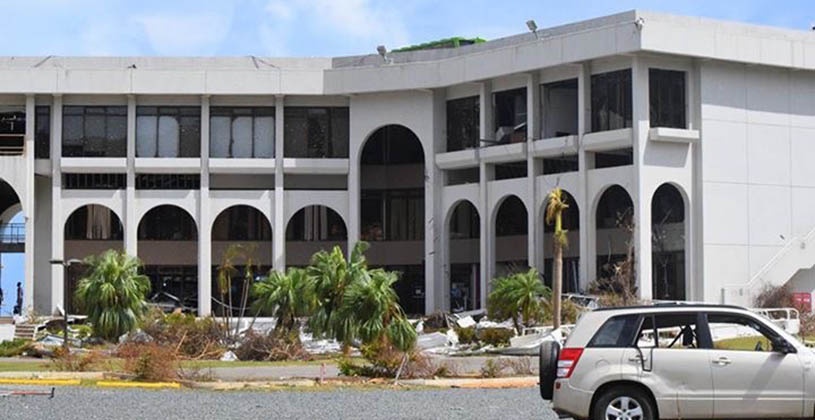 The BVI is going to have trouble securing loans for its recovery because the sympathy stage towards the territory has been lost, according to Hon. Marlon Penn.
The opposition leader said that the Virgin Islands Party (VIP) administration needs to get along with the recovery which has been further slowed by the recent resignation of Paul Bayly as Chief Executive Officer (CEO) of the Recovery and Development Agency (RDA). He said that it has been over two years since hurricanes Irma and Maria hit the territory.

“We are falling behind significantly as it relates to the issue of grants, the issue of support from donor nations around the region for support for our recovery. We have lost the sympathy because we have had the issue with the Bahamas, and recently all the different territories who were hit; Puerto Rico just recently with the earthquakes,” he related to journalists at a recent press conference.

Penn further lamented that the pace of the recovery efforts is worrying.

“I am concerned, I know the Members (opposition) are concerned with the pace of the recovery. We haven’t finalized the loan guarantee which will underpin the actual recovery process for the territory. The loans ultimately have to be approved by the UK and it has to come to the House of Assembly for approval,” he stated.

“We have a budget currently of $49M plus of loans that need to be approved in order to carry out the government’s agenda as it relates to the recovery. That doesn’t speak to the actual loans that is necessary for the RDA to carry out their responsibilities. So, this is a blow (CEO resignation) for us in our recovery, I think it stalls the process,” the Opposition Leader bemoaned.

Penn assured that the opposition intends to hold the government accountable for the recovery even though the territory is in a very uncertain place.
#the Virgin Islands
Add Comment