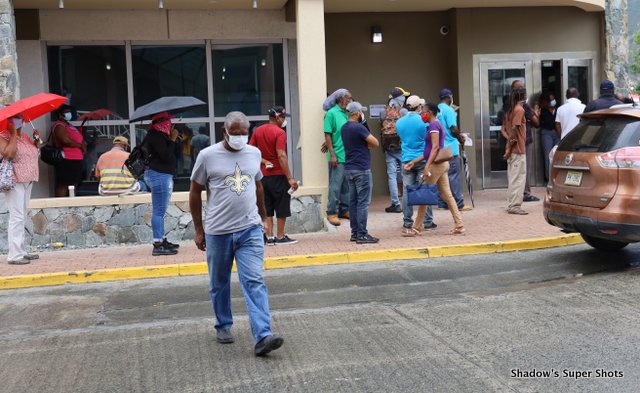 Labour Minister Vincent Wheatley is urging all residents who may have been laid-off or terminated in an improper manner to report the matter to the Department of Labour & Workforce Development.

In a recent public broadcast, Wheatley said the department’s Disputes Unit will be dealing with all related matters.

“I would like to remind employers to be considerate to their employees by notifying them of any changes to their employment agreement prior to contacting the Department of Labour & Workforce Development. It is only fair,” the minister said.

“Although the parameters for lay-off and termination has been set, we recognise that there may be employees who may feel that they were not handled in an appropriate manner, and these matters should be heard and addressed,” he added.

Minister Wheatley urged all persons who are in need of assistance with a dispute to email labour@gov.vg so an appointment can be made for them to have a teleconference meeting with a dispute officer within the department.

Wheatley, in the meantime, said the extension to the lay-off period that was announced in March is one step closer to being finalised as the amended Bill is now before Cabinet.

According to the Labour Code, 2010 Section 104(3) and 107, if an employee is laid off for more than three months without a date of re-employment, the employee is entitled to severance pay, if terminated.

Minister Wheatley said the amendment will seek to ease the burden of businesses having to pay severance packages during the COVID-19 pandemic, as some businesses may be forced to close for a longer period than the allotted three months allowed under the law.

Once the lay-off period is extended, the minister said some jobs can be saved as employers will not be forced to terminate employees if they are made to close more than three months because of the pandemic.
Add Comment