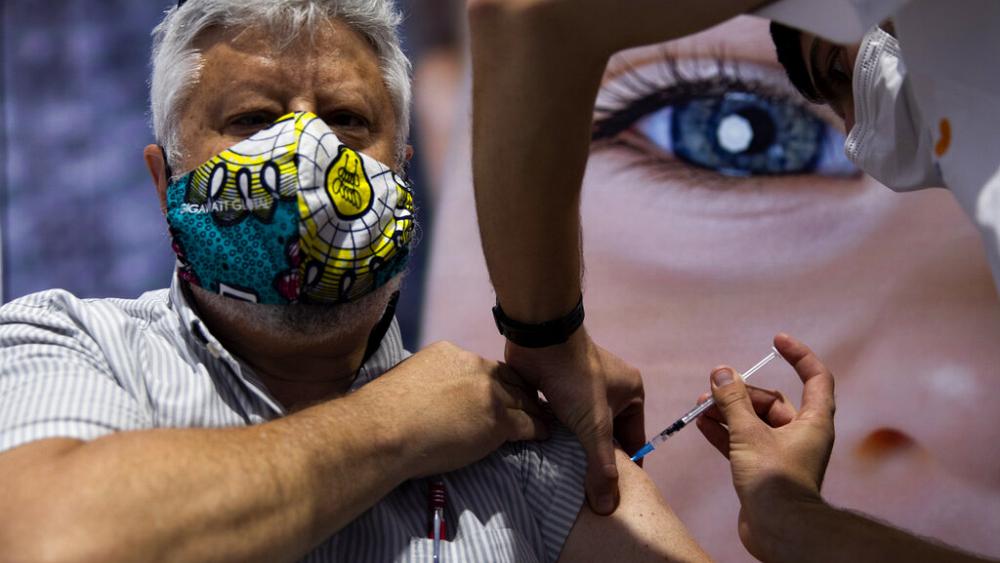 Pfizer began studying whether a third dose of its COVID-19 vaccine could offer protection against mutated versions of the virus, the company said on Thursday.

The pharmaceutical giant said it will offer a third dose to 144 volunteers among participants in the vaccine’s early-stage testing in the United States last year.

It wants to determine if an additional booster shot given six to 12 months after the first two doses would rev up the immune system enough to ward off a mutated virus.

The variant sparking the most concern currently is one that first emerged in South Africa because of evidence it may diminish the effectiveness of the vaccines. The so-called British and Brazilian variants are also spreading fast.

“While we have not seen any evidence that the circulating variants result in a loss of protection provided by our vaccine, we are taking multiple steps to act decisively and be ready in case a strain becomes resistant to the protection afforded by the vaccine," said Pfizer's CEO Albert Bourla in a press release.

"This booster study is critical to understanding the safety of a third dose and immunity against circulating strains,” he added.

In parallel, Pfizer and its German partner, BioNTech, also are tweaking their vaccine recipe.

The companies said they were in discussions with US and EU regulators regarding a "study to evaluate a variant-specific vaccine having a modified mRNA sequence. This study would use a new construct of the Pfizer-BioNTech vaccine based on the B.1.351 lineage, first identified in South Africa."

Pfizer's competitor Moderna already announced Wednesday it was ready to test experimental doses of its vaccine that better match the South African variant of the virus.

Coronavirus vaccines by Pfizer and Moderna use a so-called mRNA technology that's easy to update. Their vaccines use a piece of genetic code for the spike protein that coats the virus, so the immune system can learn to recognize and fight the real thing.

If a variant with a mutated spike protein crops up that the original vaccine can't recognize, companies would swap out that piece of genetic code for a better match — if and when regulators decide that's necessary.

But tweaking other coronavirus vaccines could be more complex. The AstraZeneca shot, for instance, uses a harmless version of a cold virus to carry that spike protein gene into the body. An update would require growing cold viruses with the updated spike gene.

The US regulator said studies of updated COVID-19 vaccines won’t have to be as large or long as for the first generation of shots. Instead, a few hundred volunteers could receive experimental doses of a tweaked vaccine, to see if their immune systems react similarly to the updated shot as to the original.