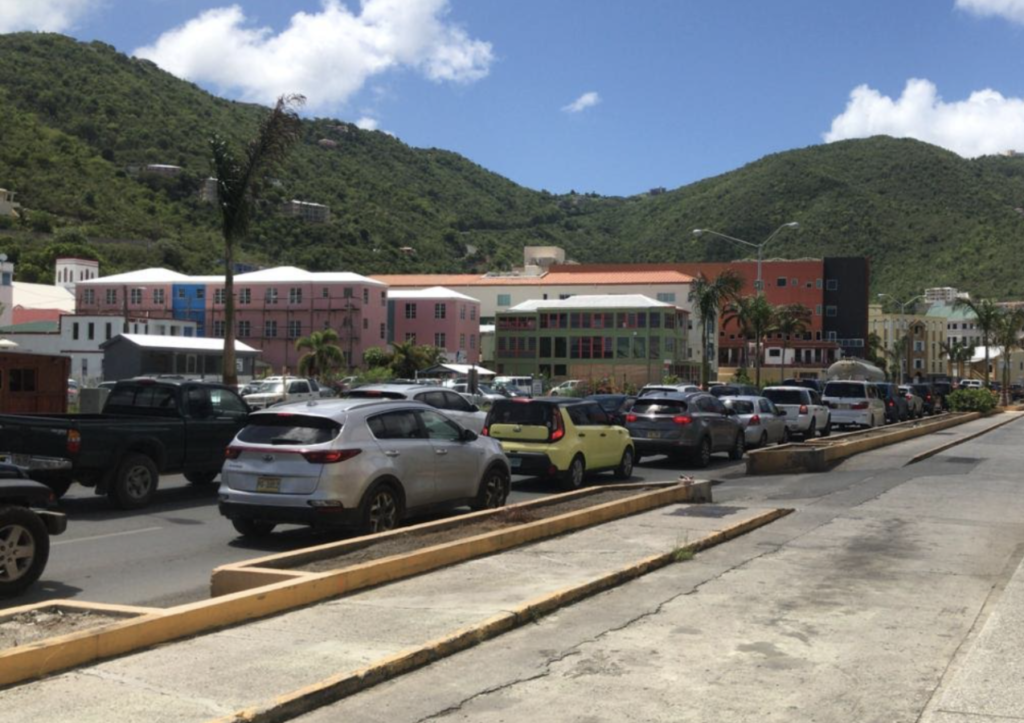 PHOTO OF THE DAY: Bumper-to-bumper rush!

As residents tried to beat the start of the territory-wide curfew which commences 1 pm daily, there was a major backup of traffic along de Castro Street in Road Town on Tuesday, September 15.

Standing from the vantage point of First Bank on Tortola, BVI News observed a motorcade of vehicles travelling from the roundabout; on to the one-way thoroughfare. 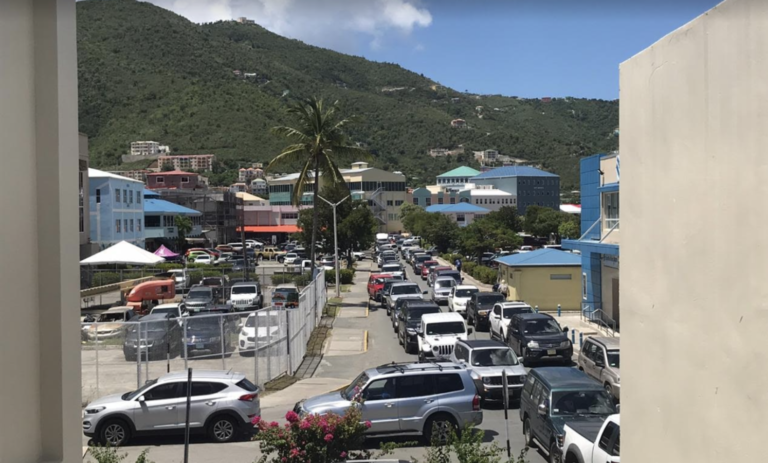 Just adjacent to de Castro Street is Waterfront Drive and the traffic heading easterly on that street was also experiencing bumper-to-bumper traffic.

Just a few months ago, de Castro Street, part of Waterfront Drive, and a number of other roadways were changed to only accept one-way traffic.

The change is part of the Ministry of Transportation’s traffic turnaround initiative to prevent vehicular congestion in the territory’s capital.