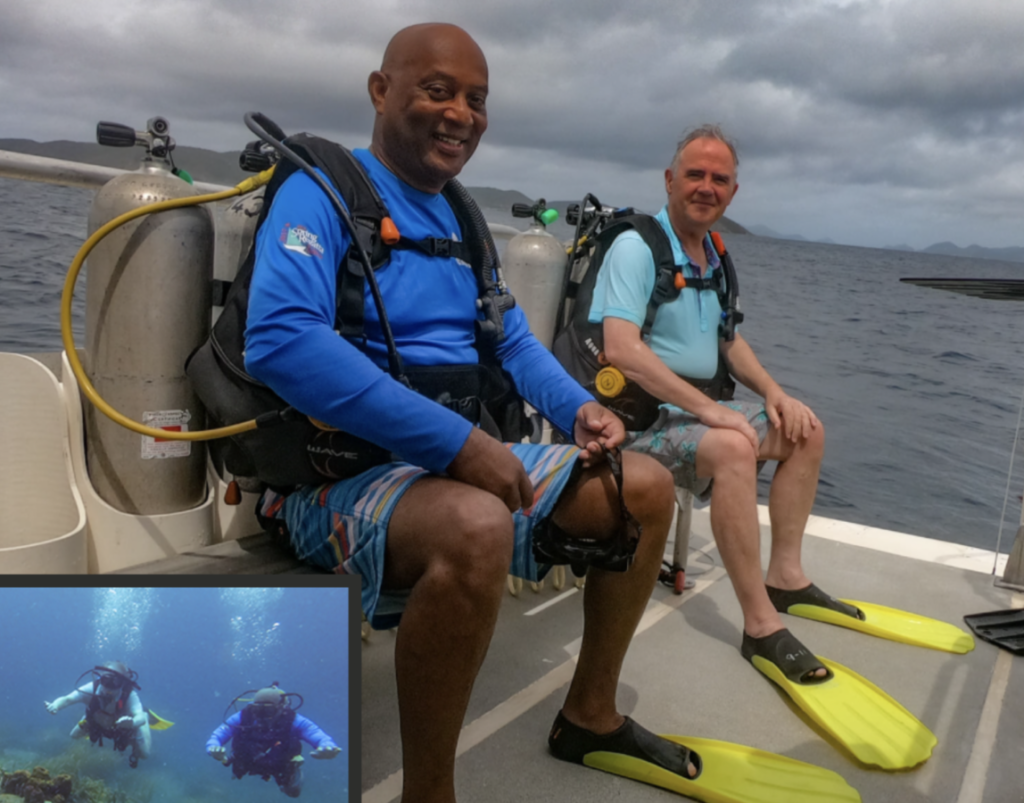 PHOTO OF THE DAY: Official dive!

Decked in diving gear, Governor John Rankin and Natural Resources Minister Vincent Wheatley were photographed as they sought to explore a section of the underwater world in the BVI on Tuesday.
This was in recognition of World Oceans Day celebrated globally on June 8.

Here’s what the Office of the Governor wrote about the experience on its Facebook page:

BVI’s coral reefs are hugely important; protecting our coastlines from the damaging effects of wave action and tropical storms, providing habitats and shelter for many marine organisms and economically through reef based tourism and fisheries.

The Governor’s Office is proud to have partnered with the Association of Reef Keepers and the Coral Strike Team in efforts to monitor and treat corals affected by SCTLD (Stoney Coral Tissue Loss Disease).”
#John Rankin  #Facebook
Add Comment