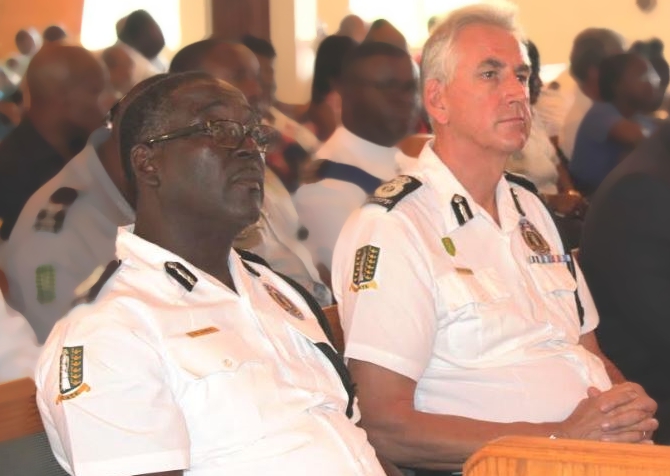 Deputy Commissioner of Police Alwin James has said the Royal Virgin Islands Police Force (RVIPF) is still probing and is unable to say whether Jamaican landscaper, Junior Peters’ was the victim of foul play.

“We are trying to establish the circumstances under which he died. We cannot say at this time,” he said in response to BVI News questions on whether the 50-year-old man’s death was being treated as a murder.

Leading up to the discovery of his body in bushes last Friday, Peters had gone missing for a week and there had been unofficial reports that a motorist may have hit him with their vehicle then stashed the body.

But while speaking to our news centre this week, the Deputy Commissioner said he was ‘not aware’ of any reports of that nature.

Meanwhile, as police continue its investigations into Peters’ death, concerns have been raised about how the RVIPF treated the search for the landscaper at the time he went missing.

Those concerns surround whether police operated casually and superficially during the search; especially considering that the body was found in the Horse Path area where police said they conducted “several searches” with the help of “cadaver dogs”.

While maintaining that police did search the area, James clarified that the RVIPF owns ‘tracking dogs’ and not cadaver ones.

“They are trained in drug detection and explosive detection, but they are also trained in tracking. So if we have a missing person, they can then search for that person. They would be tracking the fresh scent of a human being,” James explained.

He continued: “The bushes were searched but what happened on Friday; a further search was organized and it included the assistance from the members of the Jamaican Association and the public, and it was during that search the body was located.”

Further asked if he was satisfied with the RVIPF’s efforts in the search, James said: “What I would say is there are lessons learnt that would certainly improve the way in which we deal with matters of that nature.”

“The matter is still under investigation, but we have debriefed some aspects of it so far, and there are lessons learned,” he added but declined to expound on what he meant.

When the public became involved in the search, police had asked participants to bring machetes and chainsaws so the Deputy Commissioner was quizzed on whether RVIPF was still struggling with a resources problem.

He told BVI News those instructions to the public did not mean the RVIPF was lacking resources.

“I wouldn’t say we have a resource problem,” he said, dismissing claims that greater resources would have contributed to the discovery of the body sooner.
Add Comment