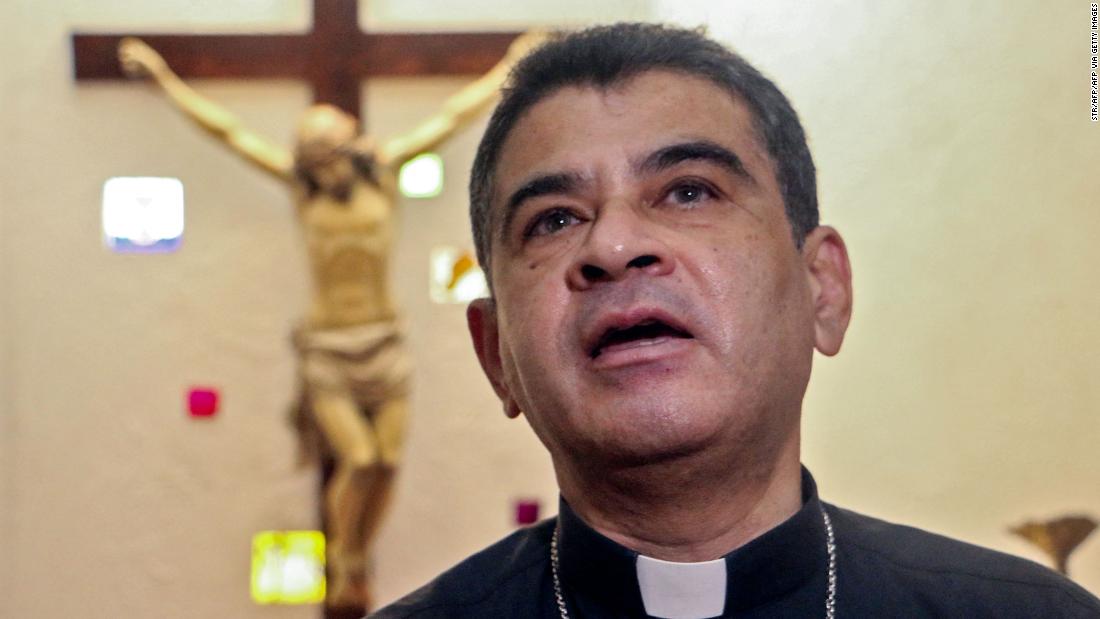 Nicaraguan police on Friday detained a bishop and seven other priests and seminarians, after a 16-day standoff, in an escalation of tensions between the country's government and the Catholic Church.

Police entered the headquarters of the Matagalpa diocese and arrested Bishop Rolando Álvarez and the others, authorities said in a statement published on social media.

The statement did not offer a reason for the arrests, but said they were a part of an investigation launched on Aug. 5 into "destabilizing and provocative" activities in the country. A later police statement added that all had been taken to capital city Managua for "legal inquiries."

Hours later, Nicaragua's vice-president Rosario Murillo claimed in a speech that the police had been reestablishing order in Matagalpa and the bishop's arrest was "necessary." The Organization of American States (OAS) and the Inter-American Commission of Human Rights meanwhile condemned the arrests and demanded the detainees' "immediate liberation."

Nicaragua's authoritarian government, led by President Daniel Ortega and Murillo - his wife -, has increasingly tightened his grip on the country since mass anti-government demonstrations in 2018 -- a turbulent period that saw protesters and their families repeatedly seek refuge from attacks by pro-government forces in the country's churches and cathedrals.

Bishops of the Episcopal Conference at the time participated as mediators for national dialogue, convening different social sectors with the government in an attempt to seek a peaceful solution to the political conflict.

Ortega, 76, claimed a fifth term as president last November. In the run-up to the vote, his government began using a broad national security law as justification to imprison opposition presidential candidates, opposition leaders, journalists, human rights activists and others ahead of the vote. Since that year, the country now has "practically no independent media," according to press advocacy group Reporters without Borders.

Under another law that considers any entity receiving international funding a "foreign agent," more than 190 non-government organizations have been shuttered as of mid-June.

Police began investigating the diocese came after Alvarez objected to the closure of Catholic radio stations in the area. During his homilies and on his social media accounts, he urged prayer and dialogue in the country, and said he didn't know why he was being investigated.

According to the police statement, Bishop Álvarez is now being held under house arrest in Managua and the other religious figures have been taken to the city's Directorate of Judicial Assistance.

Police also said that Managua Archbishop Cardinal Leopoldo Brenes had been allowed to visit Álvarez "and they talked extensively."

The Archdiocese of Managua did not respond to CNN's request for comment.

The Holy See has previously expressed concern over the situation in the Central American nation. Speaking on August 11 at a Special session of the OAS focused on the situation in Nicaragua, the Vatican Permanent Observer Msgr. Juan Antonio Cruz Serrano appealed to parties in the country "to find ways of understanding, based on respect and mutual trust, seeking above all the common good and peace."