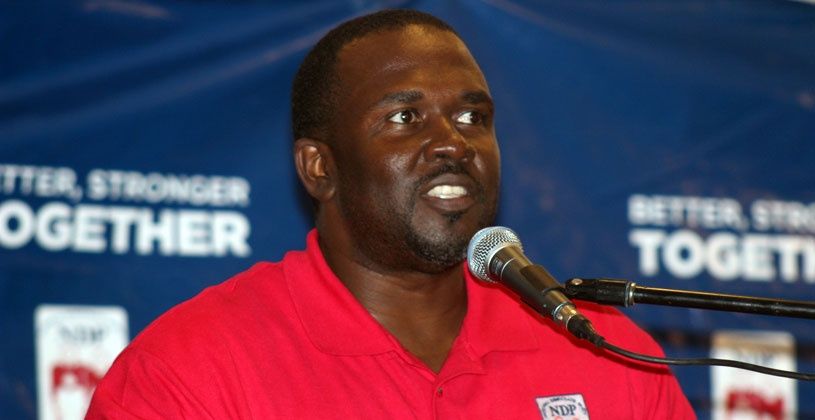 The nine political advisors approved to be hired at the expense of taxpayers are to help the Andrew Fahie-led Virgin Islands Party (VIP) with its campaign for the next general elections.
This is according to Opposition Leader Hon. Marlon Penn.

“The mere appearance of this decision has led me and the wider public to believe, the establishment of a nine-member team of political consultants, paid for by taxpayers, is meant to run this Administration’s campaign for the next general elections,” he said in a statement on Sunday evening, July 25.

Last week it came to light that the Cabinet of the Virgin Islands met virtually on July 8 and approved the consultancy of Ministerial Political Advisers, "similar to the model as used in the United Kingdom." The cost approved was $120,000 annually per advisor.

Hon. Penn, who called for the decision to be rescinded immediately, said it’s unfortunate that the government is tone-deaf to the matters raised during the ongoing Commission of Inquiry .

“We already know that the Commission of Inquiry has already solidified that we have some fundamental systemic issues that hinder the proper management of our resources and execution of our operations and therefore restrict the development and advancement of our country. Is our Executive Body this tone-deaf!?” He asked .

He went on to lament that for the Hon. Premier, Members of Cabinet, to sit before the Commissioner and acknowledge that ‘we’ have fundamental issues that need to be addressed is not enough.

“There is where our focus should be -- fixing those fundamental issues! Not paying lip service. No number of Political Advisers can do this for us. Certainly, paying speech writers will not do it either,” Hon. Penn stated.

He added that if it is the current administration’s view that public officers are unable to provide the services and advice needed, it is then their responsibility to ensure that they are trained and receive the necessary resources to carry out their duties.

"Fellow Virgin Islanders, “ I am afraid that this latest debacle amounts to, and particularly at those salary levels, an admission of this Government's own incompetencies and inadequacies which they are attempting to mask by hiring persons that we the people neither know, trust, elected or consented to hire,” Hon. Penn stated.

The Opposition Leader believes it is also an affront to the dedication, competence, and hard work of the BVI’s very competent and experienced Permanent Secretaries and public officers.

“It is disappointing to think about public officers, our Permanent Secretaries, some of whom after 20 and 30 years of dedicated service, up to 10 – 12-hour days and weekends cannot make 100 thousand per annum, but a potential crony can make $120k for advising on the next election and speech writing -- all on the backs of the hard-working people of this country,” he stated.
#Commission of Inquiry  #the Virgin Islands  #Fahie
Add Comment