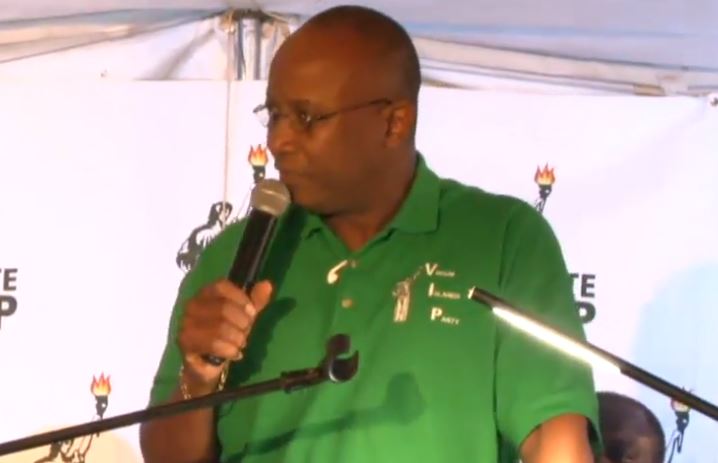 The BVI’s political party system has not adequately served the needs of the people of the territory, Pastor Claude Skelton Cline has argued.

“The party system, in my view, is floundering and has faltered and some even say have failed the people of these Virgin Islands,” Skelton Cline said while speaking on his Honestly Speaking show yesterday.

The controversial host, who previously said the territory was turned into a failed state by one political party, asked what viable options might exist that can be laid before the people of the BVI as elections approach in the coming year.

In the meantime, Skelton Cline questioned his guest, Territorial At-Large Representative Carvin Malone, on whether he (Malone) was disconcerted or disappointed that more voices from particular quarters in the territory have not joined or lent their expertise in any way that helps to navigate the country during one of its most challenging times since slavery.

Malone, while admitting to speaking in riddles before on the issue, said there are a lot of learned people who have remained quiet and on the backbench and chided them for doing so.

Malone argued that the BVI has more lawyers and administrators per capita than anywhere else in the world, because “we have invested in a lot of people”.

“Everyone is sitting back and waiting either for the error or waiting for ‘I told you so’, or thinking that it does not matter,” Malone said.

The legislator said he felt that this was a big part of the complicity that exists around the territory where advancement is concerned.

Malone further argued that persons in the territory no longer wish to hear from traditional political voices.

He added: “Another voice which says well ‘okay, fine, yes or no or here is another way for us to look at it’.”