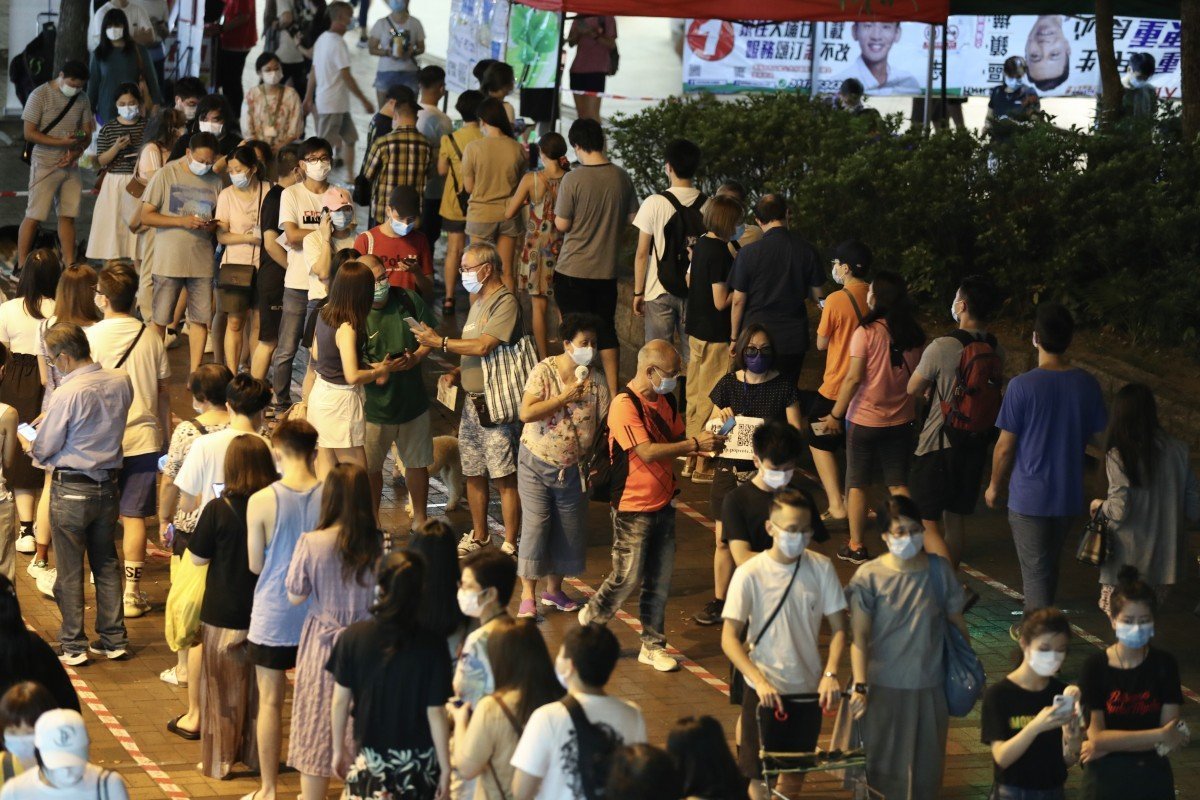 Beijing’s liaison office in city and Hong Kong and Macau Affairs Office have both lashed out at opposition primary in which more than 600,000 people voted. US Secretary of State expresses ‘grave concern’ over Chief Executive Carrie Lam’s comment that unofficial poll may have violated national security law

US Secretary of State Mike Pompeo on Tuesday urged free elections in Hong Kong after China said a primary held by the city’s opposition parties may have breached a tough new security law.

“Congratulations to Hong Kong’s pan-democrats for a successful primary. The Legislative Council election in September should be equally free and fair,” Pompeo wrote on Twitter.

In an accompanying statement, Pompeo said the participation of more than 600,000 Hongkongers in the primary showed “their desire to make their voices heard in the face of the Chinese Communist Party’s efforts to suffocate the territory’s freedoms”.
“We note with grave concern Hong Kong Chief Executive Carrie Lam’s threat that this primary may have violated Beijing’s new ‘national security’ law for the territory,” he said, adding that the US would be “watching developments closely, especially as the September 6 Legislative Council elections draw closer”.

Pompeo in his statement said Lam’s remarks showed “the Chinese Communist Party’s fear of democracy and its own people’s free thinking”.

Beijing’s liaison office in the city on Monday called the primary “a serious provocation against the current election system”.

In a scathing statement on Tuesday, the cabinet-level Hong Kong and Macau Affairs Office (HKMAO) condemned last weekend’s unofficial polls and lashed out at those behind them.

China has imposed a law that criminalises subversion and other perceived offences, sending a chill through the city that was promised a separate system before Britain handed back control in 1997.