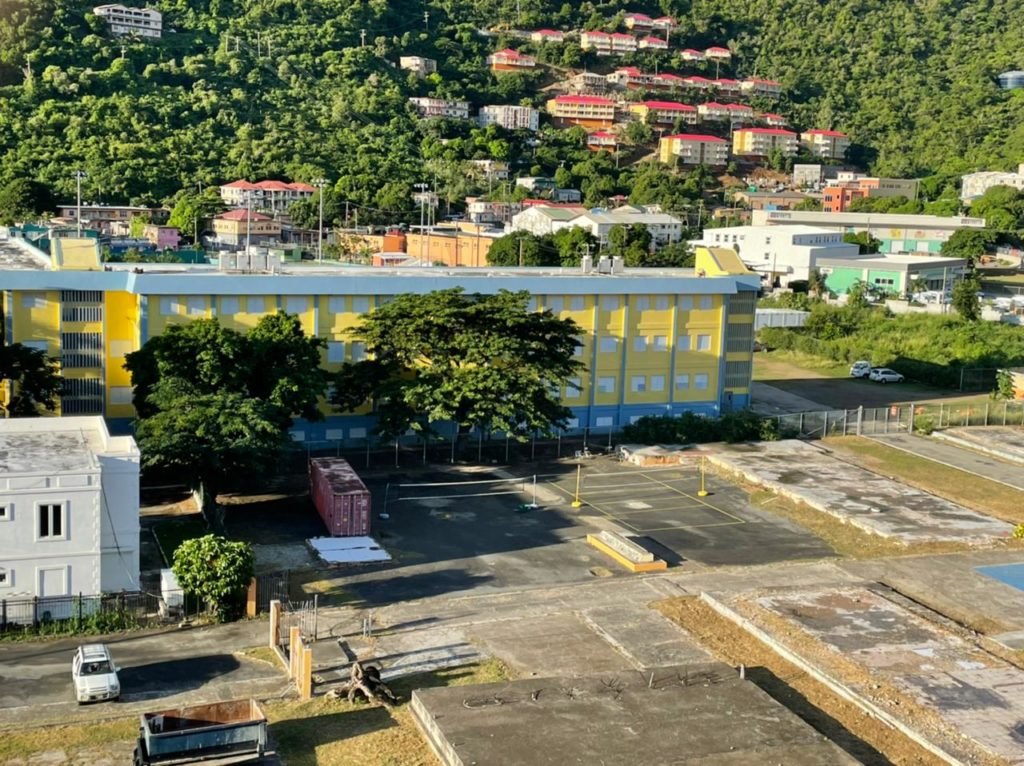 Premier Andrew Fahie has advised that a planned public relations campaign to jumpstart supplementary funding for the Elmore Stoutt High School (ESHS) redevelopment project has been delayed.
The Premier was at the time responding to a question from the press about whether businesses have started responding to his call for 70 companies to donate no less than $60,000 to supplement a budget shortfall in the ESHS redevelopment project.

However, Premier Fahie now says that he has not checked on the progress of donor funding since making his initial plea.

“What I can tell you is that we were supposed to already started the campaign. The PR campaign — that got a little delayed, but you’ll see that rolling out some more,” he told members of the media at a recent press briefing.

The territory’s leader promised to provide more information on the issue once he returns from a Sea Trade conference he and a local delegation is currently attending in Miami, Florida.

More than $11 million worth of contracts were awarded to four construction firms for the redevelopment of the ESHS campus but Premier Fahie noted at the time that there was a funding deficit of more than $4 million largely due to the stratospheric rise in construction costs since the project’s initial tender several years ago.

Work on the project is anticipated to be completed by September 2022 in time for the reopening of the high school for the new school year.
#Fahie
Add Comment