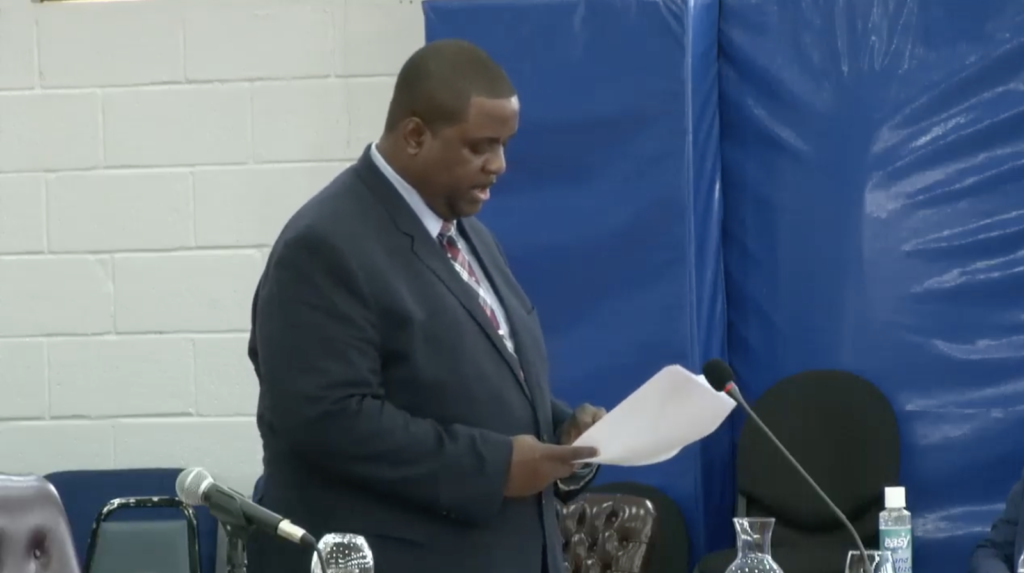 After months of silence regarding the government’s stance on public registers of beneficial ownership, Premier Andrew Fahie has formally announced his commitment to working towards a publicly accessible register for the territory.

Premier Fahie made the statement during Tuesday’s session in the House of Assembly where he said that despite his commitment, he still has a number of reservations on several of the UK’s existing policies which he believes need to be changed.

He said: “Your government commits to working in collaboration with Her Majesty’s Government towards a publicly accessible register of beneficial ownership for companies, in line with international standards and best practices as they develop globally and, at least, as implemented by EU Member States by 2023 in furtherance of the EU Fifth Anti-Money Laundering Directive (AMLD5).”

“It is of paramount importance that your government emphasises that this commitment is made with all due regard to the protection of, and proportionate safeguards for, all rights secured under our territory’s constitution, and without prejudice to any interpretation of our constitution expounded by a court of law, whether in the past, pending, or in the future,” Fahie explained.

Penned a letter of concern to Minister for Overseas Territories

Premier Fahie also said he expressed his concerns to the UK Minister responsible for Sustainable Development and Overseas Territories, Baroness Elizabeth Sugg in a letter sent on September 17.

He said the letter specifically addressed concerns regarding some of the policies he believes infringes on the rule of law and human rights of businesses and people, and he highlighted the need for prudence and balance in the present proposed systems.

“There is need for concern that publicly accessible registers could be of more use to the prurient and ill-intentioned than those we seek to assist, and in the BVI we do not believe that outsourcing supervision of corporate ownership to the public is a sustainable or legitimate policy,” he stated.

“While it is a noble objective to seek the prosecution of terrorists, tax evaders and money launderers, the net that will be cast by the model of publicly accessible registers, as is being presently proposed, is disproportionate, since it can be used to breach the rights of the law-abiding and tax-paying individuals who are far greater in number than the targeted law-breakers,” Fahie added.

The leader of government business further said innocent people could be deprived of their safety and enjoyment of their legitimate property as their family’s personal information will face exposure through the presently proposed publicly accessible registers.

He said it allows the information to be easily accessible by persons with ill intent such as kidnappers.

“The government of the Virgin Islands is firmly of the view that it must also be kept in mind that some of these innocent potential victims are children who are beneficiaries of trusts. Extreme care must also be taken to ensure that minors and other vulnerable categories of persons are not exposed to danger,” he explained.

Premier Fahie said he will provide a statement in the House of Assembly with a further update on the subject within 12 months of the AMLD5 Implementation Review which is scheduled for January 2022.

Fahie’s commitment comes weeks after Governor Augustus Jaspert had publicly stated that the premier’s absence of a decision on the BVI adopting public registers, could hurt the BVI.