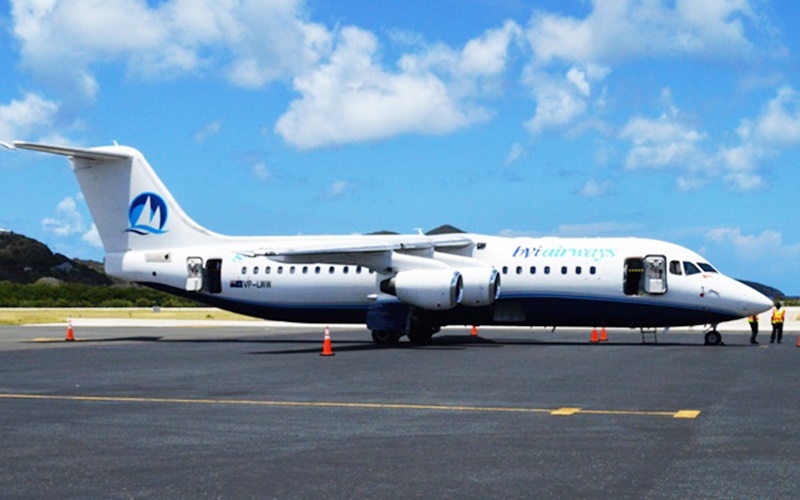 Premier Andrew Fahie said he has written to the United Kingdom about Governor Augustus Jaspert, who he accused of withholding the Auditor General’s report on the controversial BVI Airways deal for more than 10 weeks.

While making it clear that he does not intend to ‘engage in an unnecessary public argument with the Governor or any other United Kingdom official’, Premier said he wanted to address the issue that resurfaced in the public domain in the last few days.

He said in a statement on Thursday, April 30, that there were ‘legitimate concerns’ regarding the timeline to table the critical report in the House of Assembly. Fahie argued that the timeline ‘was not being kept’.

He said that the Auditor General, under Section 20 of the Audit Act No 13 of 2003, conducted the audit inquiry into the government’s financing of BVI Airway’s direct flights to Miami, and produced a special report dated January 27, 2020.

He said that the Auditor General, produced the special report dated January 27, 2020. The Governor’s Office, according to the Premier’s statements, received the report on February 7.

“Even at this stage, the difference between January 27 and February 7, is immaterial to the issue because, either way, the time left for properly dealing with the report was insufficient,” the Premier reasoned.

He said members of Cabinet would have been required to read and digest the 47-page report, hold deliberations on the report, and approve it before it reaches the House of Assembly.

The Premier argued that Cabinet members “would have been required to do this in less than three days while managing the reopening and rebooting of the economy. And this is while the report had been sitting at the Governor’s Office for more than two and a half months”.

Premier Fahie pointed out that the matter is of great interest to the public because of the costs associated with the botched airline deal.

“There have been numerous allegations made that diverse sections of the population want to have resolved. The Governor himself noted the heightened public interest in the matter when he addressed the media on November 1, 2019,” Fahie said.

The leader of government business then questioned the reason Cabinet would be effectively ‘forced to do a rush-job’ to meet the statutory deadline, while the Governor had the document in his possession for that length of time.

“That is not fair to Cabinet and to the people of the Virgin Islands, and it is not consistent with good governance. The spirit of the law is such that the framers of the Act, and the previous legislators who drafted the Standing Orders, intended that serious matters such as these would have adequate time for deliberation and ventilation at the various stations the report would pass on its way through the system,” he reasoned.

Importantly, the Premier said if the report had been brought to Cabinet earlier, then Cabinet would have had a reasonable opportunity to perform its duties and to work with parliament’s planned schedule based on the Standing Orders.

“As it stands, there is no guarantee that based on when the Governor brought the report to Cabinet, that the deadline under the Audit Act can be kept, and in order to do that the work of Cabinet will have to be compromised,” he noted.

He said the Governor has since claimed said he intended to introduce the report to the Cabinet on the same day he wrote to Baroness Sugg.

Since receiving the funds, BVI Airways has missed all its promised dates to commence the flights. It then laid off its staff claiming it needed more money to fly.

Since taking office last year, Premier Andrew Fahie announced that the territory is seeking to sue it’s former attorney Lester Hyman, who is or was a director of the defunct airline, BVI Airways.
Add Comment