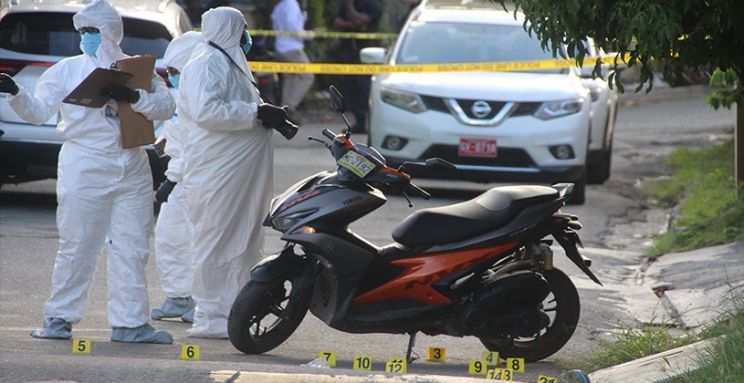 On the heels of three gun-related deaths in the British Virgin Islands in the last few days, Premier Andrew Fahie has added his voice in condemning the violence.
He expressed that the families are the ones who are hurting in the aftermath.

Last Friday, two men, namely Rodney Simmonds and Andrew Skerrit both met their end through the use of a gun, while Earl ‘Bob’ Hodge was also fatally shot on Tuesday this week at his Hannah’s Estate home.

“We met at the National Security Council yesterday for quite a while discussing this matter. We have to recognize as a territory that we cannot condone this type of action; none of us can condone this type of action, and we have to understand that this territory, the future is in our hands and if we do not act responsible to respect the legacy of our fore-parents what they have done for us to build this place, then we are saying that we have no regard for those who have built this territory,” the Premier said.

He was responding to members of the media during a press conference to roll out the COVID-19 vaccine on Thursday.

Premier said persons need to learn to settle their differences in a different way.

He continued: “not through a gun, but through talking out, through conflict resolution and through handling things in a different way.”

The Territory’s leader went a step further and called on parents to play their part in keeping the peace.

He added, “The security of the country is in us to speak to each person to let them to know that there is another way to resolve matters other than using a gun and we have to continue to work hard to build our economy so that we would discourage these areas. But, until then we are not the only territory with economic challenges so we cannot resolve it through a gun. At the end of the day, a lot of families are crying, a lot of families now are hurting, a lot of families have lost their loved ones never to return. So we have to do a better job ourselves, we have to depend on each other.”

He said the law enforcement agencies ‘can only do so much'.
#COVID-19  #vaccine  #Covid  #Fahie
Add Comment