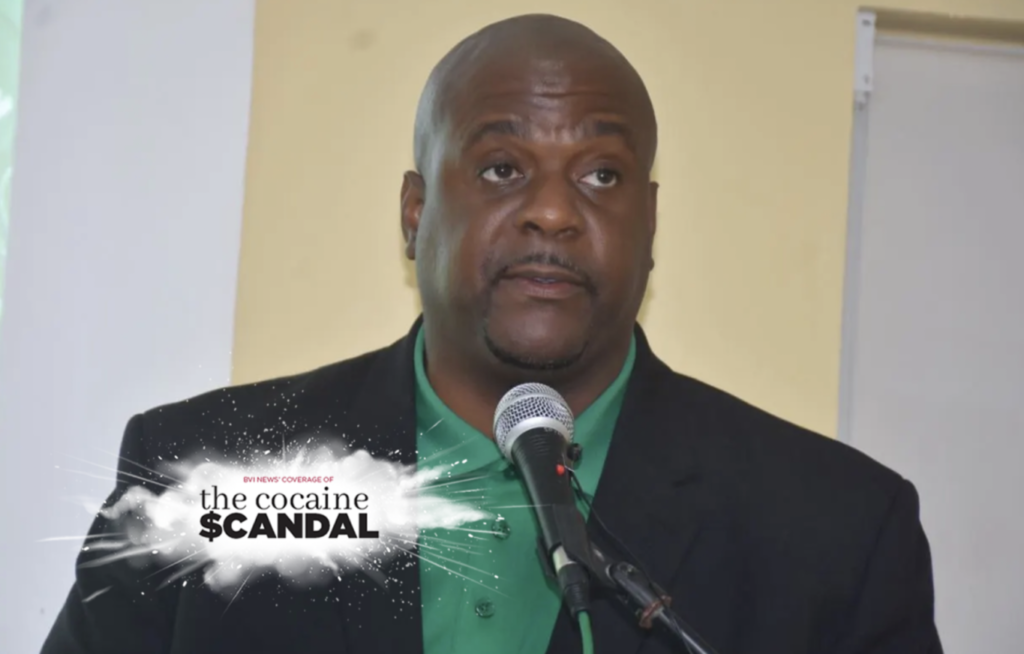 Premier could face life in prison if convicted of trafficking charges

Premier Andrew Fahie could face as much as life imprisonment if convicted of the drug and money laundering charges laid against him in Florida, USA last Thursday.
This is according to a Congressional Research Service (CRS) report on the maximum penalties that may be imposed when a person is convicted for violating the USA’s federal Controlled Substances Act (CSA) and other drug supply and drug demand related laws.

The report maps out the penalty structure for violations of 21 U.S.C. 960 (drug trafficking), among other offences.

Federal drug trafficking or distribution laws provide stiff penalties for the selling, transportation and illegal importation of illegal drugs, such as marijuana, cocaine, heroin, and methamphetamine.

In an affidavit seen by BVI News, Premier Fahie, along with his co-accused, Oleanvine Maynard and her son Kadeem Maynard, are jointly charged with being involved in a conspiracy to import five kilograms or more of a mixture and substance containing a detectable amount of cocaine.

The report specifically outlines that trafficking in five or more kilograms of cocaine can produce a fine of up to 10 million dollars and imprisonment of no less than 10 years; possibly up to a life sentence.

These penalties are also applicable to a person who may have committed their first such offence, the report says.

Furthermore, any person found guilty of laundering money greater than $500,000 — that is obtained from controlled substance violations — can possibly face up to 20 years imprisonment.

Any determination on what a sentence may look like if the Premier is convicted will ultimately be influenced by factors such as whether there is an early guilty plea and whether cooperation is involved, among other things.

Just yesterday a notice was filed before the US court invoking the Premier’s right to diplomatic immunity. The Premier’s attorney Theresa Van Vliet argued that Premier Fahie is immune from arrest and detention and is entitled to immediate and unconditional release from detention by the United States.

It remains unclear whether this application before the court has any likelihood of success.

Meanwhile, Premier Fahie is expected to appear once more before Judge Jonathan Goodman tomorrow, Wednesday for a pre-trial detention (bail) hearing and again on May 13 for a preliminary hearing on the charges.
#Fahie
Add Comment