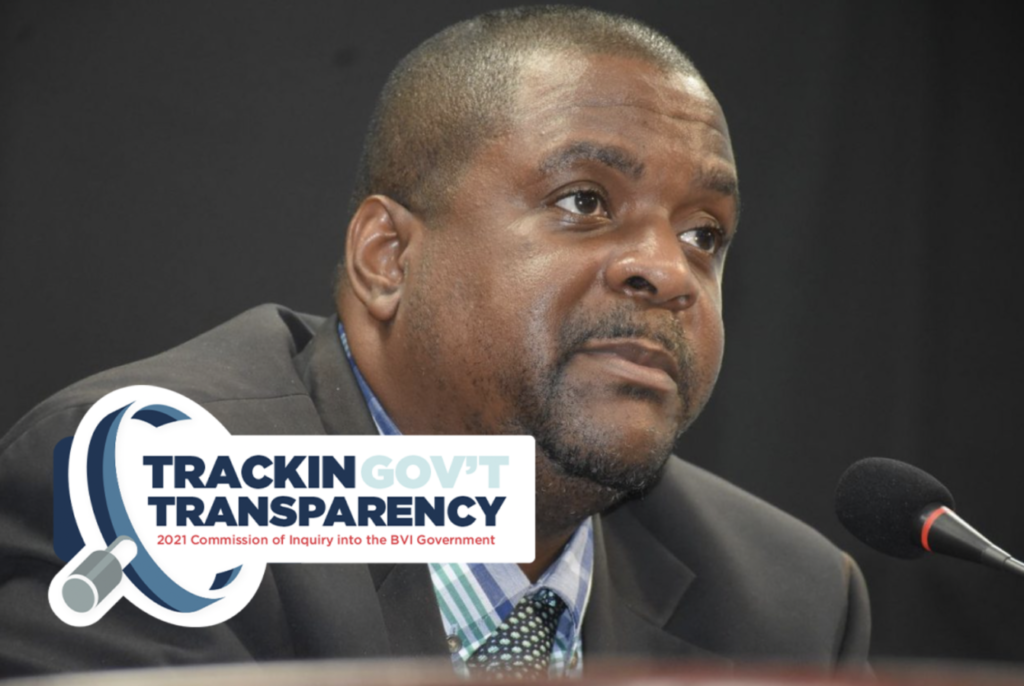 Just weeks after getting elected, Premier Andrew Fahie reportedly removed all non-government members of the Climate Change Trust Fund (CCTF) Board. But based on what the Commission of Inquiry (COI) was made to understand when they probed the issue yesterday, the Premier may have discharged the board members in a way that is not in accordance with the law.

According to Section 16 of the Virgin Islands Climate Change Trust Fund Act, the responsible minister may revoke the appointment of a member if they are guilty of misconduct, failed to attend four consecutive meetings without permission, knowingly failed to notify the Board of a conflict of interest, no longer fulfils the conditions of appointment, or acts in a way that is detrimental to the Trust.

Former board chairman, Edward Childs told the COI that none of those things applied to the six non-government members that were pushed out.

“It was very clear that what we were being asked to do was not in agreement with the wording within of the Act,” Childs stated.

How they were removed

The COI learnt that the Premier sent letters to each of the six non-government members of the Climate Change Trust Fund (CCTF) Board.

According to the letter read yesterday by COI attorney, Bilal Rawat, board members were thanked for their service and promptly asked to submit their resignation letters within a week.

However, the members found this to be a counterproductive exercise. Bearing that in mind, Childs said members, instead, offered to meet with the Premier about the work they had accomplished over the previous two years.

“We decided to reach back to the Premier and request a meeting to explain what we had been up to, what we were doing – just give him more information – and hope that we would have an audience,” Childs told the COI.

He further indicated to the COI that the board also felt as if it was impractical to let go of all members simultaneously, thereby removing a significant amount of the board’s institutional knowledge in one fell swoop and losing all its collective expertise.

“If I had been asked to step down, I would have no issue with that at all. But I think we just felt that it was wrong for everybody to step down at the same time,” Childs stated.

But despite the efforts and pleas of the board, the Premier was reportedly unmoved. So much so, that their hand-delivered letter to the Premier Fahie’s office remains unanswered to this day.

Childs told the COI that there was no communication at all received and board members never resigned.

“The next thing we heard was — I believe it was minutes of a Cabinet meeting that were made public — just advising that the Climate Change Trust Fund members had been taken off the board,” Childs stated.

He further said the board has not been reconstituted since and appears to be defunct presently.