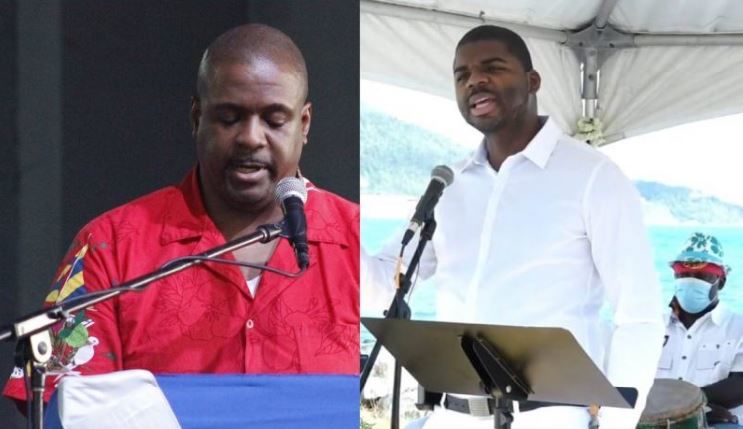 Premier Fahie is an 'anti-colonialist'

Deputy Premier and Minister for Education, Culture, Youth Affairs, Fisheries and Agriculture, Dr the Honourable Natalio D. Wheatley has encouraged the Virgin Islands people to support their Premier and Minister of Finance Hon Andrew A. Fahie, who he pointed out has been bold in standing up for the people of the territory.

Dr Wheatley, speaking at the 13th Annual African Remembrance Wreath Laying Ceremony on Sunday, February 7, 2021, in Road Town said: “You have a premier, he hasn’t called himself this, but I am calling him an anti-colonialist and I was saying even when he was speaking I was saying you could give him some more energy because some of the things he was saying he needs to be backed up.”

Premier Fahie had delivered the keynote address at the ceremony, where he reflected on the way Africans were enslaved, their sacrifices and the challenges they faced in their fight for freedom. He also spoke about the challenges descendants of slaves face today and why some are afraid for the Virgin Islands to come out of colonialism.

“Even though we might disagree with the premier on one or two issues locally here, whether we build this, or how we do this or how we do that; don’t take it for granted that you have a leader of a territory who is not afraid to stand up for the people and is not afraid to assert our rights as people because you and I know this thing called colonialism is not right,” he added.

The Deputy Premier stated that at times residents are fearful when the topic of not being under this colonial system anymore surfaces, however, “when you have a leader who is willing to stand up and fight against it, give him some backup.” 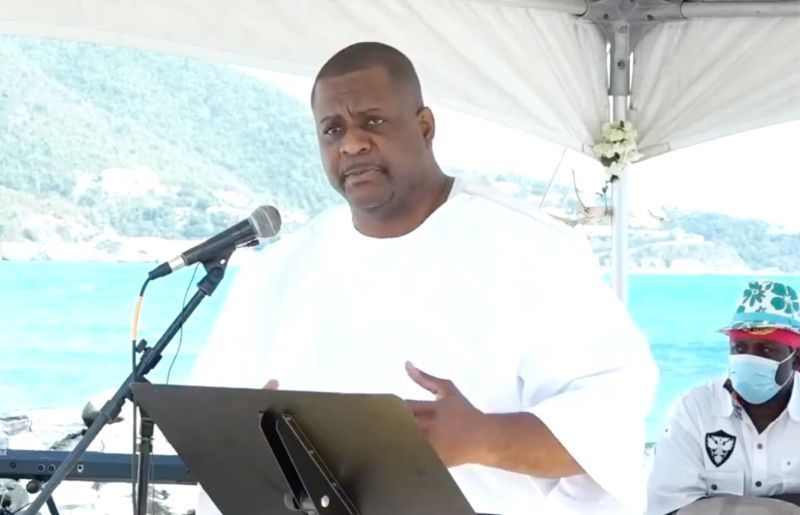 Premier and Minister of Finance, Hon Andrew A. Fahie, seen here delivering the feature address at the 13th Annual African Remembrance Wreath Laying Ceremony in Road Town on Sunday, February 7, 2021, has been championing the call for the Virgin Islands to begin to make moves to break the shackles of colonialism by seeking self-determination.

According to political pundits, there are some; however, who feel the Virgin Islands should not go the route of self-determination or independence as they do not have the confidence that their own people can independently manage the affairs of the nation.

Further, their insecurity has led them to believe that financial services will be ruined and corruption will run rampant if the VI severs its cord with the United Kingdom, which once enslaved their ancestors.

Meanwhile, Dr Wheatley further pointed out that under Premier Fahie’s leadership, there have been a lot of changes that serve to bring pride, knowledge and confidence to the Virgin Islands people.

“Under his leadership, we named the August holidays – they were August Monday, August Tuesday, August Wednesday – we named them Emancipation Monday, Emancipation Tuesday and Emancipation Wednesday. But I don’t hear much about it in the community, and I think if anywhere, people who have gained that knowledge we need to back him up as a leader.”

He continued: “Under his leadership, we have a new holiday – Heroes and Foreparents Day; we cannot allow things like that to pass unnoticed. It is important that we have days to celebrate our heroes. Don’t take it for granted.”

He said the VI also got rid of celebrating St Ursula’s Day and is now celebrating the 1949 March and Restoration of the Legislature.