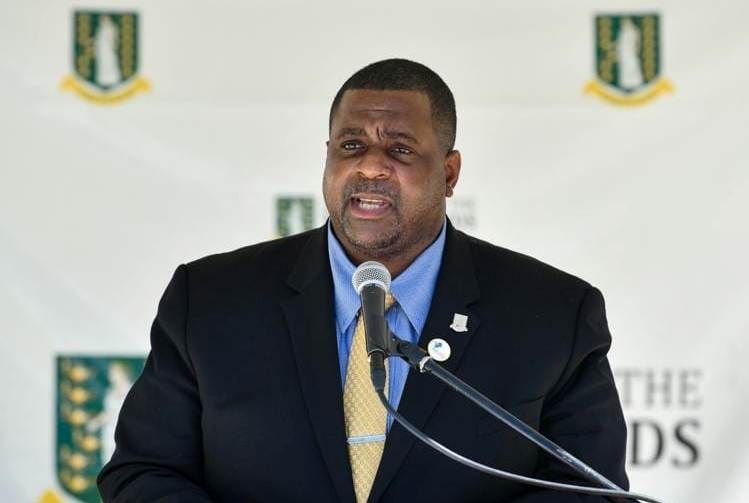 Premier Fahie requests release from US prison via diplomatic immunity

Incarcerated Premier of the Virgin Islands (VI) Hon Andrew A. Fahie has asked a Florida judge to release him from custody, citing diplomatic immunity.

Hon Fahie was arrested at a Miami airport on Thursday, April 28, 2022, by the US Drug Enforcement Administration (DEA) on charges related to conspiracy to import a controlled substance and money laundering.

He was then remanded when he made an appearance in a Florida court on April 29, 2022.

In a ‘Notice of Invocation of Immunity’ that was filed today, May 2, 2022, at a federal court in Miami, it said Hon Fahie "hereby notices his invocation of all rights of and to immunity under international and domestic law, as the duly elected and sitting head of government of the Virgin Islands, a British Overseas Territory, including but not limited to immunity from arrest and detention, entitling him to immediate and unconditional release from detention by the United States."

The ‘Notice of Invocation of Immunity’ also states that Hon Fahie was duly elected to the office of Premier of the Virgin Islands and has been in such office since February 26, 2019. 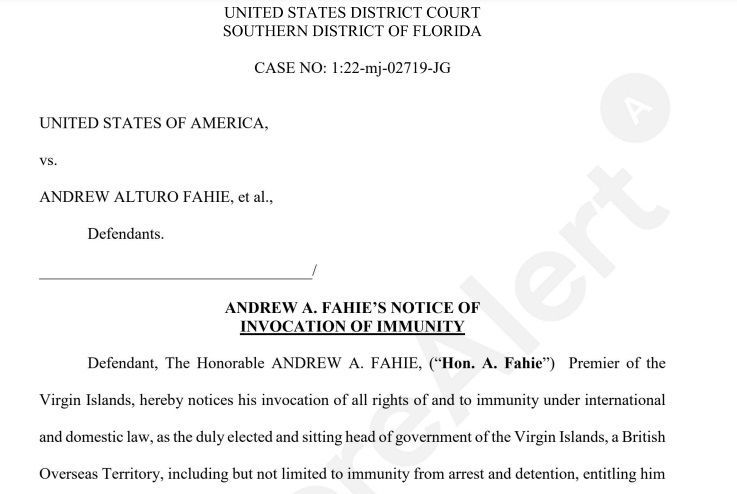 In a ‘Notice of Invocation of Immunity’ that was filed today, May 2, 2022, at a federal court in Miami, it said Hon Fahie

It also stated that there has been no known expressed waiver of Hon Fahie's immunity conferred under international and domestic law.

Opposition calls for Premier to resign

On the local front, the Opposition has called for the immediate voluntary resignation of Hon Fahie as Premier.

Meanwhile, the Virgin Islands Party (VIP) Congress has already voted the Acting Premier Dr the Hon Natalio D. Wheatley (R7) as Chairman of the party and has backed him to become the Premier.

The filing was made on Hon Fahie's behalf by his attorney, Theresa Van Vliet, of Genovese Joblove & Battista law firm.

The court filing may have now explained why Hon Fahie has not already tendered his resignation as Premier of the Virgin Islands.

Diplomatic immunity is a status granted to diplomatic personnel that exempts them from the laws of a foreign jurisdiction.

The Vienna Convention of Diplomatic Relations (1961), which most states have ratified, offers diplomats acting as officials of state almost total protection from subjection to criminal, administrative, and civil laws belonging to the country in which the diplomatic mission is located.

According to Legal Information Institute of Cornell Law School, diplomats assigned to missions located in foreign countries remain subject to the laws of their home countries. The diplomat's country of origin has prerogative over whether or not a host country may prosecute a diplomat under its (i.e. 'foreign') laws.

This means that it is possible for the official's home country to waive immunity; however, according to research, this tends to happen only when the individual has committed a serious crime, unconnected with their diplomatic role.

Individuals have no authority to waive their own immunity (except perhaps in cases of defection). Alternatively, the home country may prosecute the individual.