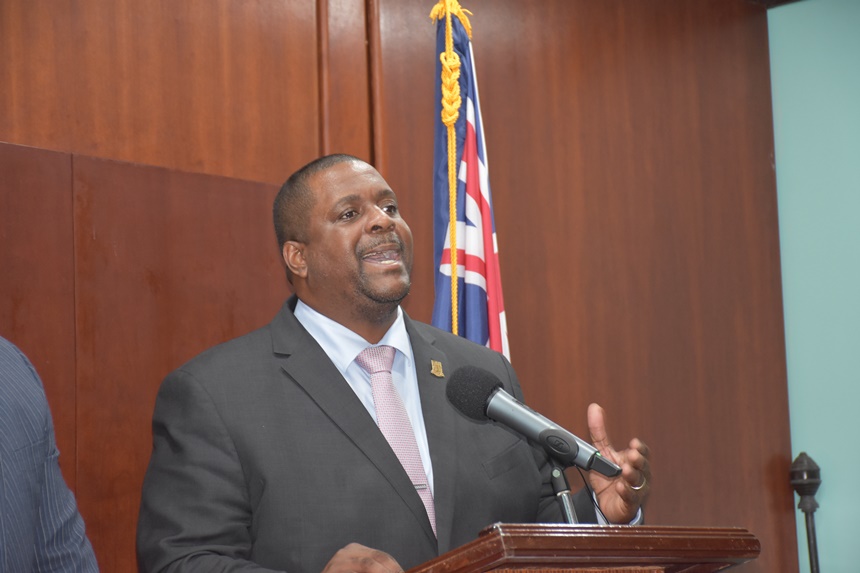 Premier mystified at claims that Ports being privatised with merger

Premier Andrew Fahie has disputed claims that his government’s intention is to privatise the BVI’s air and seaport authorities when it merges the two entities.

The merger of the BVI Port Authority (BVIPA) and the BVI Airport Authority (BVIAA) is being done through the Virgin Islands Air and Seaports Act, 2021 that passed in the House of Assembly late last week.

In debating the bill at the time, Opposition Leader Marlon Penn questioned provisions in the legislation that he said spoke about shares and stocks as part of the ports merger.

According to Penn, Sections 10 and 12 of the bill speak to the power to issue debentures and debenture stocks.

“That is something I’ve never seen in any of the other statutory organisations. And [with] the ability to do so, it suggests some level of privatisation of the authority because you are talking about issuing stocks and issuing shares and allowing persons to invest in these stocks and shares,” the Opposition Leader said.

Penn said the mention of stocks and shares within the text of the Act and the structure that he saw being proposed in the bill, suggested that there was an intention to privatise the new entity.

But Premier Fahie wasted little time in debunking Penn’s claims, arguing that he was at a loss in locating any such suggestion based on his reading of the bill.

“It sounds like a good news bite to put out there that we are privatising the BVI Airports and Ports Authority when they’re merged. But that’s not so,” the Premier said. “And when I read through the bill, I was checking to see if it was the same bill I was reading.”

“We have no intention of giving away the people’s ports and airports like that at all and I have to address that because I can hear the news headlines now and I can see them,” the Premier added.

The bill was ultimately passed with amendments after going through the ‘committee stage’ of the legislative process. The Premier reassured employees of the ports that they will have nothing to worry about as there would be no jobs lost because of the impending merger.