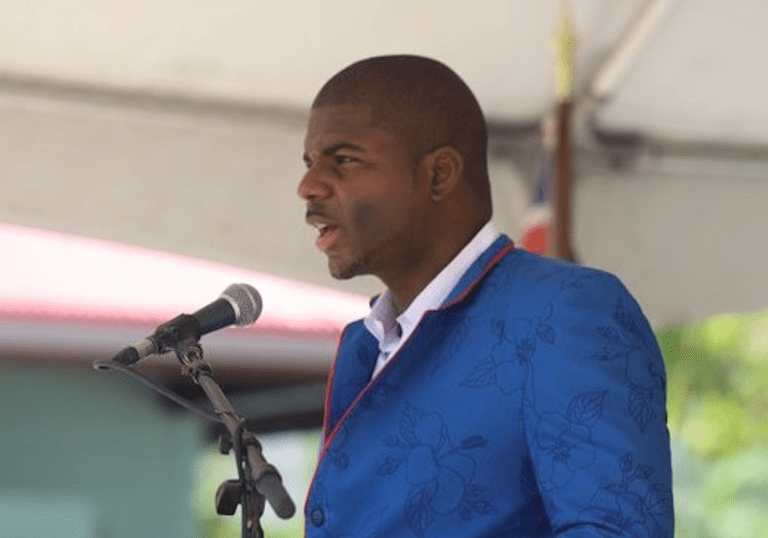 Premier: Paraquita Bay squatters have to be removed!

Premier and Minister of Agriculture Dr Natalio Wheatley has made it clear that persons squatting on Paraquita Bay lands given to farmers for agricultural purposes “have to be removed”.
He made that declaration while speaking at a press conference on Monday, January 23. In fact, he said a committee was established a few months ago to manage these Paraquita Bay farm lands.

“One of the tasks I gave them was being able to come up with standard leases for everybody who are in Paraquita Bay. Every body who has a standard lease for land, they have to adhere to the conditions of that lease and one of those conditions is that it has to be for agricultural purposes. No squatting whatsoever will be tolerated,” Dr Wheatley stated.

“It’s gone a lot more slowly than I would like,” Premier Wheatley admitted. “Often times, I’m here pulling out hair that I don’t have; wondering why it can’t go more quickly but I’m satisfied that we’re moving in the right direction.”

He continued: “We had a meeting with the committee. I think it was a about two weeks ago and they updated me on their progress and I made it clear in no uncertain terms that I need that standard lease … because we have to be accountable to how we use the precious resource of land; especially given the fact that we have a scarcity of flat land in the Virgin Islands and food security is a priority for us.”

According to reports to the Standing Finance Committee (SFC) last month, Paraquita Bay Crown lands that were subdivided and given to persons for farming purposes “have been transformed into living quarters in some instances”.

Director of Agriculture & Fisheries, Theodore James said persons have sheds on the Paraquita Bay lots. He said, “the notion is that there are a lot of non-locals who took up residence. However, locals are allowing persons to occupy the land.”
#the Virgin Islands
Add Comment