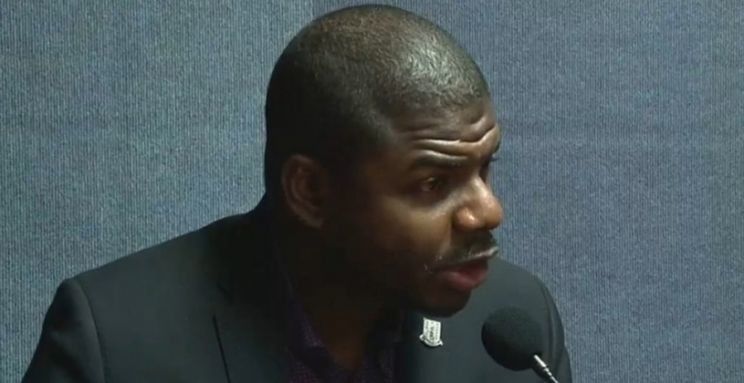 Minister for Education, Culture, Youth Affairs, Fisheries and Agriculture, Dr. Natalio Wheatley says that all inquiries about the stimulus grants for farmers and fisherfolks should be directed to the Premier’s Office.
Dozens of persons have been named in a series of alleged leaked documents purporting to be farmers and fisherfolk who received thousands of dollars in COVID-19 stimulus money from the Hon. Andrew Fahie-led Government.

BVI Platinum News reached out to Dr. Wheatley, Deputy Premier, since farming and fishing are under his portfolio and he had announced on March 20, 2020 that a sum of $2 million was allocated to farmers and fisherfolk to purchase much-needed supplies for business continuity.

However, Dr. Wheatley directed us to the Premier’s Office.

“The Premier's Office administered the grants and all inquiries should be directed there,” Dr. Wheatley shared.

He added, “I don't want to give the wrong information. Please check with Premier's office to confirm anything about the list.”

The authenticity of the documents could not be independently verified by BVI Platinum News, but several pages have been in circulation via social media with some of the names listed drawing searching questions from residents.

Hon. Fahie, Premier and Minister for Finance, confirmed on May 12 that the Government has been made aware of a list circulating with information apparently including fisherfolks and farmers' names and amounts received for Covid-19 Fishing and Farming Stimulus initiative.

"The authenticity of this list is being examined as discrepancies have already been identified by the requisite authorities, which raises a major red flag. Upon completion of the review of this entire matter, further information will be made available," Premier Fahie has stated.

While the initial monies earmarked were $2 million for the two sectors, the most recent information from the Government indicates that some $6.1 million has been provided thus far with more disbursements to follow.

The lists depict well-known names in the territory, including some names believed to be neither farmers nor fisherfolk.

The majority of the financial amounts issued on the 'fishermen stimulus' list were $9,000, and there were roughly 10 names that had $20,000 amounts attached to it.

On the two lists labelled 'farmers', the amounts are much larger, with the majority being $13,500 and the highest amount being $22,500.

The ongoing United Kingdom (UK) Commission of Inquiry (CoI) into Government corruption has plans to probe the COVID-19 stimulus package.

The UK has openly stated that there are wide concerns over the lack of transparency when it comes to spending public funds, particularly those relating to COVID-19 economic stimulus support.
#Commission of Inquiry  #COVID-19  #Fahie  #Covid  #CoI
Add Comment