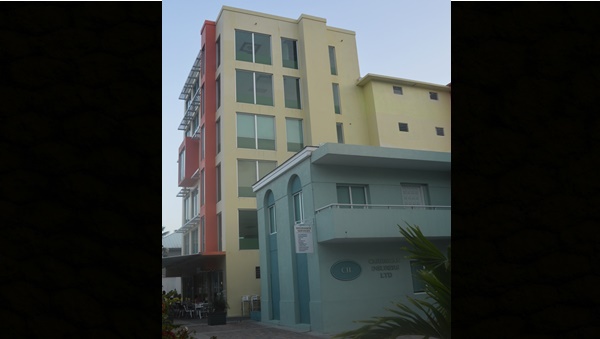 Government has entered into a five-year lease agreement valued a little more than $1.2 million for rental accommodation for the Office of the Premier.

According to a report on Cabinet’s October 2 meeting, government decided to enter into the lease agreement with Lake Development Co. Ltd who is the owner of the Cutlass Tower on Waterfront Drive in Road Town.

The post Cabinet statement said the lease covers two floors of the building. The Premier’s Office will rent one floor for three years and the other for five years.

Based on the said Cabinet statement and on additional information from Premier Andrew Fahie, the agreed yearly rate to lease each office space is $38 per square foot. In addition to that annual rate, the government is also required to pay a “monthly service fee” of $4.25 per square foot, per floor.

‘Cost was not determined by Premier’s Office’

According to Premier Fahie, the spaces have been temporarily leased to facilitate repairs to the Central Administration Complex in Road Town.

While answering questions from BVI News on Sunday, November 3, Fahie made it clear that his government was not responsible for negotiating the cost of the rental accommodation

“The Deputy Governor’s Office, through its Housing Accommodation Committee, has been working on securing appropriate accommodation for the Public Officers and staff who have been based at the [Central Administration Complex] building since the hurricanes. The temporary accommodations were approved by this established committee that is independent of political interference,” Fahie said.

“In addition, one cannot tell owners of building and space how much they should charge. Either the best is done to negotiate and take it, or if not, move on. In this case where so many government offices are looking spaces and the spaces are limited then there poses the challenges,” he further explained.

Premier Fahie told BVI News the public will “find out shortly where the other government offices that are now in the building (Central Administration Complex) will be temporarily housed.”
Add Comment