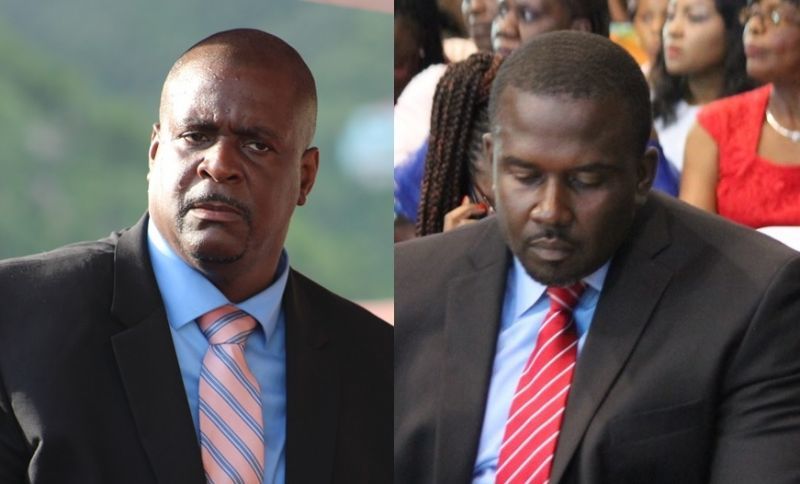 In a live broadcast that lasted almost 40 minutes, Premier and Minister of Finance Honourable Andrew A. Fahie (R1) cleared the air and slammed Opposition Leader Honourable Marlon A. Penn (R8) for his comments on the Cabinet’s decision to appoint political advisors for ministers.

“While this is not a tit-for-tat, now is the time to highlight that leadership is doing what is right for the people at all times and not when it is politically convenient, or when it seems like there are easy political points to be scored - because lives depend on leadership that is genuine,” Premier Fahie said during the broadcast on Monday, July 26, 2021.

Public officers' abilities not being questioned

He described the post of political advisors as a “long overdue matter of assistance to Ministers and Junior Ministers in carrying out their Ministerial functions.”

“This matter has been tossed around by Governments for the last 20 years and has been further compounded since the addition of Junior Ministers in the new Constitution of 2007, as it is one of great concern to improve the efficiency and effectiveness of the elected Government. Since your current Government took office in March 2019, we have encountered certain problems with pushing forward the mandate for which we were elected. These problems are not unique to this Administration. They are issues that also hampered past Governments.”

He stated that the decision was not because the public officer's abilities and dedication were in question, “but rather a number of limitations that have affected the entire system of Government over the years. In a number of initiatives, and for varying reasons, Governments have resorted to the engagement of consultants using the annual budgetary allocations for this purpose. In essence, the consultants would bring to the table some expertise, ability, experience, knowledge or other skill that is needed to add to what is available in the public service so that we can get the job done and be accountable and transparent while doing it.”

He said the Ministerial Political Advisors would be paid from the consultancy allocations, similar to the UK government system.

“Ministerial Advisers or Ministerial Aides are not uncommon in Government systems around the world - and that also includes the United Kingdom, from where we have sourced a model for the role and adapted it to the needs of the Virgin Islands. As I said, the history in the Virgin Islands is that Ministers and Ministries have always needed expertise that are outside of the resource capabilities of the Public Service, and for work, the nature of which is outside the limitations of the Public Service Regulations – but necessary to get the job done. And this expertise is most often sourced through the engagement of consultants – for which each Ministry has long been allocated a budget annually.”

He added: “So, my first point to you is that this is not a new expense being created. All we have done is to give the role a title, streamline the terms and conditions of engagement, and in the interest of Good Governance, we have created some checks and balances so that neither the Ministers nor the advisers can abuse the post. That is all that we have done. We have merely put some structure and controls on an age-old practice.”

The Premier stated that the recommendations were received from the Deputy Governor’s Office (DGO) and was reinforced by correspondence from the Governor as to what they recommend the job title should be and what should be the terms and conditions for the role.

“The DGO agreed with the need for the role of the Ministerial Political Advisor. All the recommendations of the DGO and the Governor were accepted by the Premier’s Office, and it was only after the satisfaction of the DGO and the Governor were achieved that the matter was carried to Cabinet. It is clear that this initiative was not one that was just pulled out of a hat.”

Turning his attention to the Leader of the Opposition’s statement that was released earlier in the day, Premier Fahie said the amount that will be paid in remuneration is not the $1.35 million that the Opposition is throwing around.

He reasoned that if the Premier and the Ministers and Junior Ministers engage the maximum allowed number of advisors, the total amount to be paid across all Ministers will be between $600,768 on the low side to no more than $866,448, “These are the facts.”

“There is nothing else to add on to this figure because the advisors are not entitled to any other benefits. The advisors are not entitled to vacation leave, sick leave, overtime, gratuity, phone allowance, travelling allowance, vehicle allowance, meal allowance or any other benefits. So, clearly, we are not near the base total of $1.08 million that the Opposition is peddling, and definitely a long way from the $1.35 million they are throwing around, which they have inflated with false and sensational assumptions about non-existent benefits. I must say that the modus operandi of this Opposition, as they always do when they spew sensationalised misinformation, is to say they do not have access to the information.”

He said the responsible thing to do would be to ascertain the correct information, such as asking questions in the House of Assembly, and the Government would have provided the information. 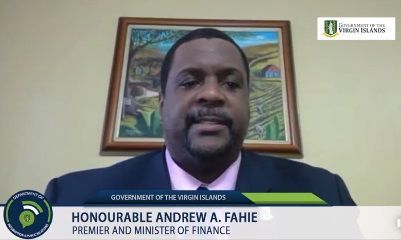 Premier and Minister of Finance Hon Andrew A. Fahie (R1) during his live broadcast on the Facebook page of the Government of the Virgin Islands on July 26, 2021. 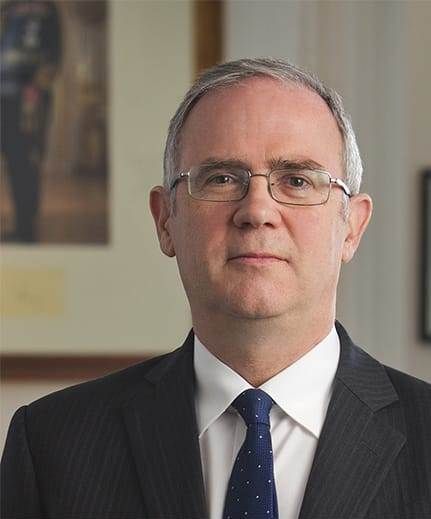 According to Premier Andrew A. Fahie (R1), it was only after the satisfaction of the Deputy Governor and Governor John J. Rankin CMG (in photo) were achieved that the matter of Ministerial Political Advisors was carried to Cabinet.