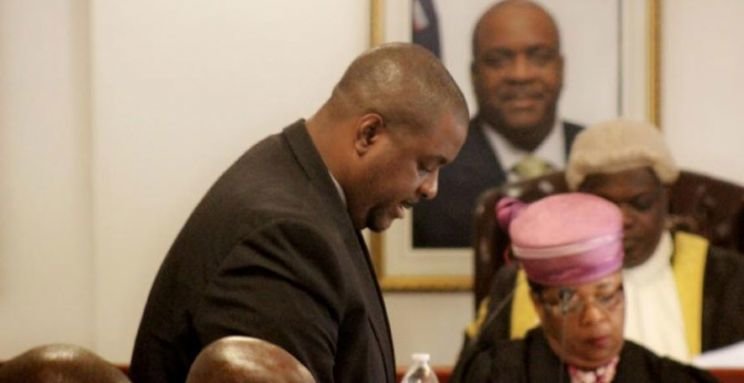 Leader of Government’s Business, Premier and Minister of Finance, Hon. Andrew Fahie is expected to deliver his 2021 budget address on Thursday, November 12.
A notice from Clerk of the House of Assembly Phyllis Evans states that it will be done during the Second Sitting of the Third Session of the Fourth House of Assembly scheduled for the Thursday, November 12, 2020, at 10 am at the Save the Seed Energy Centre in Duff’s Bottom, Tortola.

The notice continued: “The main business of the day will be the Budget Address which will be delivered by Premier and Minister of Finance, Hon. Andrew Fahie.”

Meanwhile, on July 13, Government said because of the revenue losses due to COVID-19, there were some adjustments to the existing budget of $414,008,611.

During that sitting, Premier Fahie said, some $77 million more was approved, and several more millions that had been previously appropriated for certain areas had to be redirected such as $16 million from projects that were to be spearheaded by the Recovery and Development Agency (RDA).

The Ministry of Health and Social Development received the largest chunk of $42.8 million and over $28 million to the Ministry of Transportation, Works and Utilities.

A report from the World Financial Review said the International Monetary Fund warned that the world economy is facing its worst recession since the ‘Great Depression’ of the 1930s with output likely to fall sharply by as much as 6.5 % in 2020.

It also quoted Gita Gopinath, the IMF’s Chief Economist as saying that the crisis could knock some $US 9 trillion off global input within the next two years.

The Wuhan virus was first reported in December last year, and since then, it has spread far and wide, affecting lives and livelihoods across the globe, throwing millions into unemployment and poverty.

It is left to be seen what the BVI's budget during this difficult time would be like for the coming fiscal year.
#COVID-19  #Covid  #Coronavirus  #Fahie
Add Comment