Dr Drew was sworn in as Prime Minister after his party, the St Kitts Nevis Labour Party (SKNLP), won the August 5, 2022, General Elections.

“On behalf of the Government and people of the British Virgin Islands, I extend warm congratulations to you and your colleagues on the recent election victory of the Labour Party, and to you on your appointment as Prime Minister, Minister of Finance, Minister of National Security, Minister of Citizenship and Immigration, Minister of Health, and Minister of Social Security,” Premier Wheatley wrote. 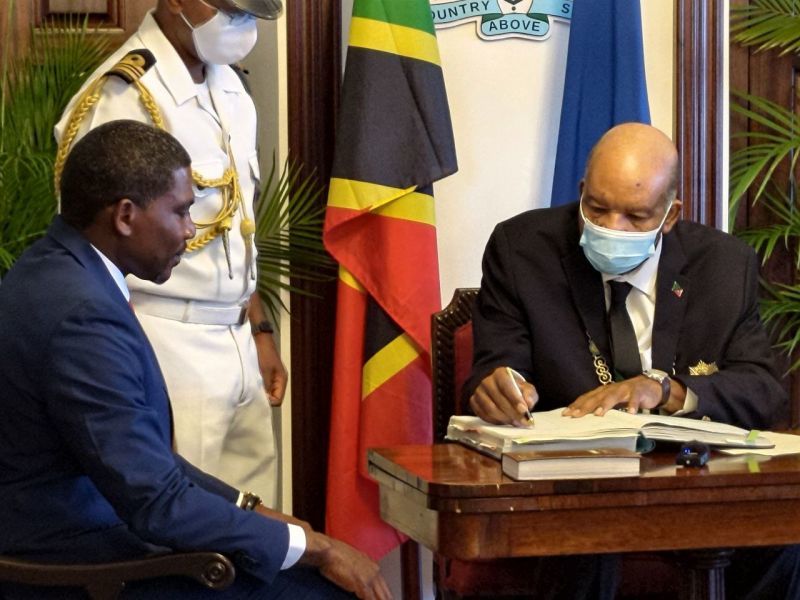 Dr Terrance M. Drew, left, was sworn in as Prime Minister of St Kitts and Nevis the day after his party, the St Kitts Nevis Labour Party (SKNLP), won the August 5, 2022, General Elections.

Premier Wheatley said he looks forward to collaborating and partnering with the Government of St Kitts and Nevis as they work bilaterally to strengthen the region.

“I look forward to working closely with you on regional and international issues via the Caribbean Community (CARICOM), Organisation of Eastern Caribbean States (OECS), Association of Caribbean States (ACS) and United Nations (UN) and to strengthening bilateral ties between the British Virgin Islands and Saint Kitts and Nevis,” the letter further stated.

“Once again, Prime Minister, I wish you and the Labour Government a successful term in office. Please accept the assurances of my highest consideration,” Dr Wheatley stated.