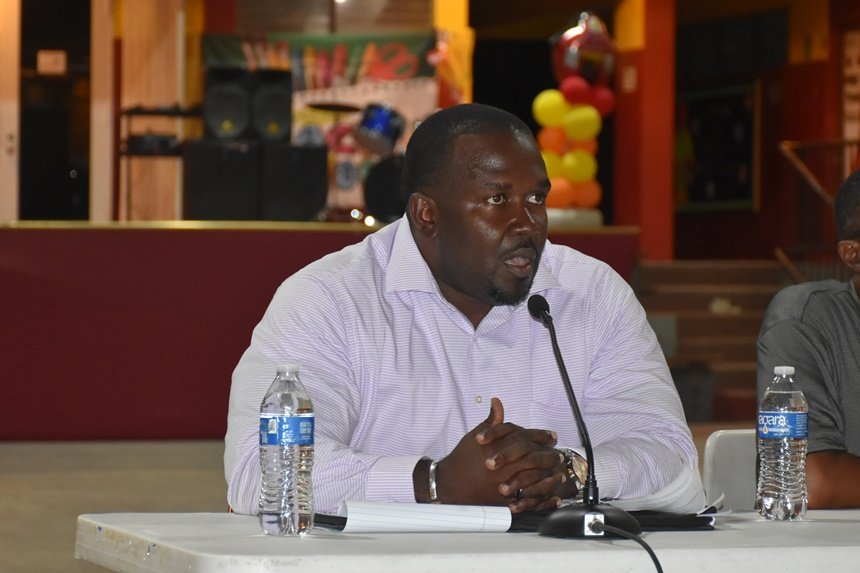 Premier Andrew Fahie is being accused of withholding documentation on the UK’s reported conditions of its loan guarantee from Her Majesty’s Loyal Opposition, despite promises to share the information.

Opposition Leader Marlon Penn made that claim during a recent public meeting to discuss current critical issues affecting the territory.

“We asked him (the Premier) just prior to him leaving to make the documentation available to us so that we can then elucidate and make the public clearer on what is really happening in terms of the dialogue between the UK and our Premier. We have not gotten that. He refused to give us,” Penn stated.

“It’s a dangerous thing to get your people rallied up, get them to start or join a fight and they don’t know what they are fighting for. There’s this argument going around that the UK has decided to take over our finances … and there is no documentation me or my colleagues have seen that suggests that,” Penn added.

Penn argued that it is important that the Premier shares such documents with the legislative arm of the BVI.

In late August the Premier had said that the United Kingdom wants his government to relinquish control of the territory’s financial portfolio in exchange for the £300 million loan guarantee it had promised to the British Virgin Islands.

Governor Augustus Japert and the UK’S Director of Overseas Territories, Ben Merrick have since denied those claims.