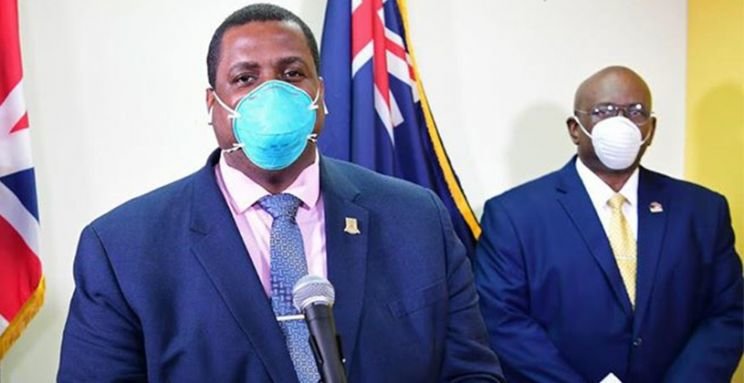 Opposition Leader Hon. Marlon Penn said pressure from the tourism industry on the government’s tourism protocols is reaping success.
Penn, who was at the time speaking on NDP Radio on Monday, November 2 said, Premier Hon. Andrew Fahie is now holding talks with stakeholders with plans of reviewing certain aspects of the protocols required to enter the British Virgin Islands commencing December 1.

He said: “We have now seen after pressure from the industry persons speaking about cancellations and what’s happening … the Premier has said he will rethink and relook the protocols as it relates to the quarantine.”

“I learnt that he had a meeting over the weekend with some persons in the industry to discuss this, which is a good sign. And it shows that we brought the pressure to bear and he is sort of backpedaling on his initial thoughts,” Penn added.

The Opposition Leader said the government’s actions prove that they are reactive.

“We have always expressed this and the fact that the absence of a comprehensive plan to address the issue surrounding the economic circumstances of COVID-19. As we know, tourism is very critical to the economy, and it represents more than half of our GDP. Some estimates put it as close to $500- $600 million in terms of our economic output. It has more persons employed than in any other industry in this territory. So it touches every family and household,” Hon. Penn stated.

Meanwhile, Hon. Penn said it was unfortunate that most stakeholders were consulted only after the protocols received backlash.

“It is a huge concern, and it suggests that if we don’t get those adjustments right within the next 28 days we could potentially lose a large portion of that industry going into December to January which is the busiest time for us as a tourism destination,” he pointed out.

He continued: “We also have to look at the fact many persons in that industry who have been out of jobs for the last eight months, you taking about persons who haven’t gotten a paycheck for eight months. So we have to take on a more hands-on, more involved approach when we are dealing with an industry like that.”
#COVID-19  #Covid  #Fahie
Add Comment