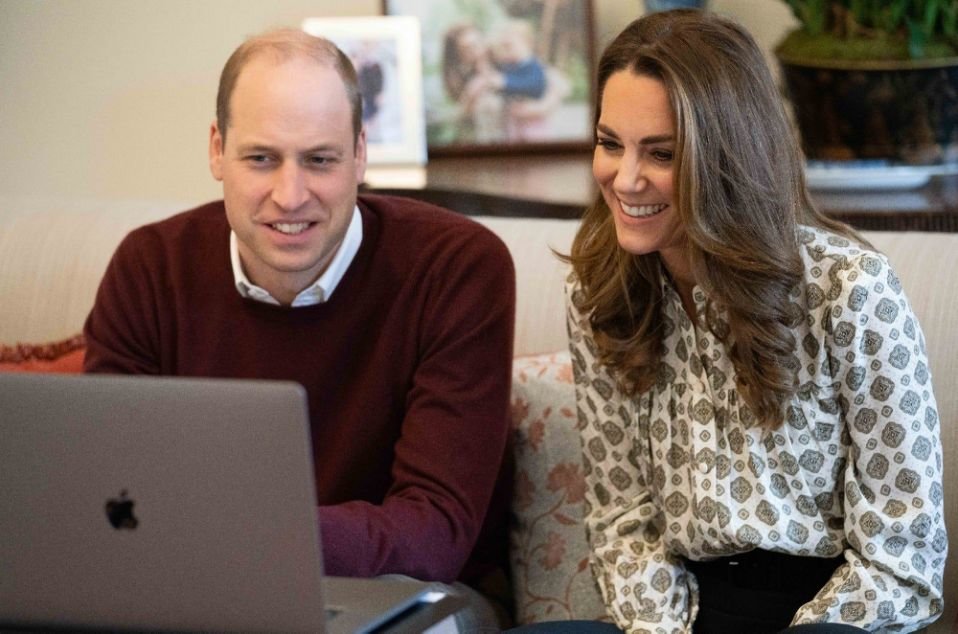 The Duke of Cambridge has voiced concerns about new fathers as he and Kate spoke to new parents.

William said he worried some fathers “don’t know where to go” for help, as he and Kate spoke to the group who have attended fatherhood courses run by Future Men, a London-based charity providing guidance to men and boys.

The duchess has made championing the early years development of children one of the main pillars of her public work and the results of her landmark national survey about the issue are expected in the coming days.

During a video call, William asked the fathers: “How does Future Men find some of these other guys out there who have not got the realisation, or the wherewithal if you like, to go looking for services like Future Men and be able to build on a happy future as a father? 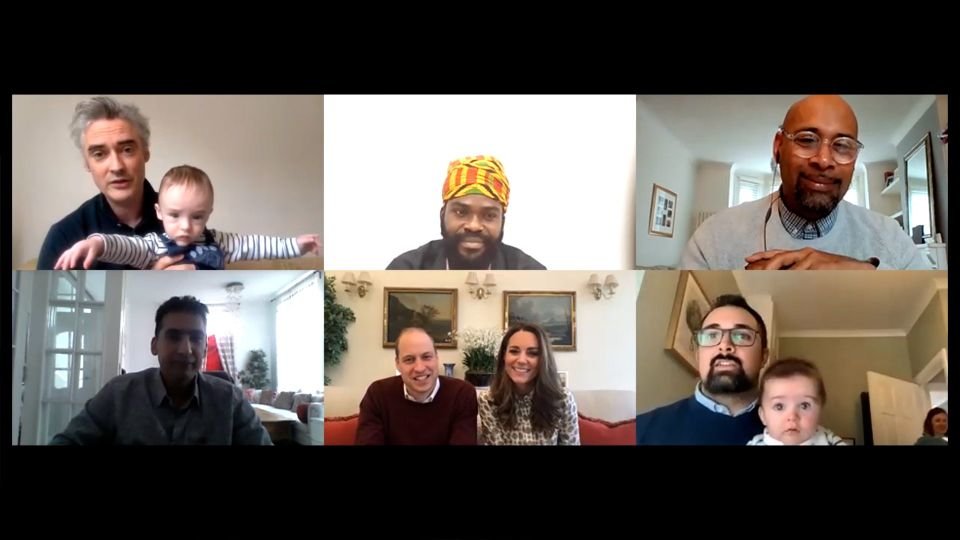 The fathers on the call with the Cambridges

Future Men provides a range of courses that help with different aspects of fatherhood, from enhancing father-child relationships to teaching practical and emotional approaches to enable men to take care of themselves, their partner and baby.

The men described their experiences of fatherhood from dealing with their child’s sleeping patterns to being a positive role model when Kate asked them about the challenges of family life, especially during lockdown.

Sarit Chaturvedi said: “Parenting is probably the only sort of job if you can call it (a job) – it is a very, very difficult job – that we’re not given any hands-on approach on.

“You know, any other job you enter, you are shown the ropes. At the time it’s completely new to you, it’s very scary actually being a parent for the first time.”

Earlier in the year, William and Kate joked about their experiences with home schooling their three young children, Prince George, Princess Charlotte and Prince Louis, with the duchess saying she had found it “challenging”. 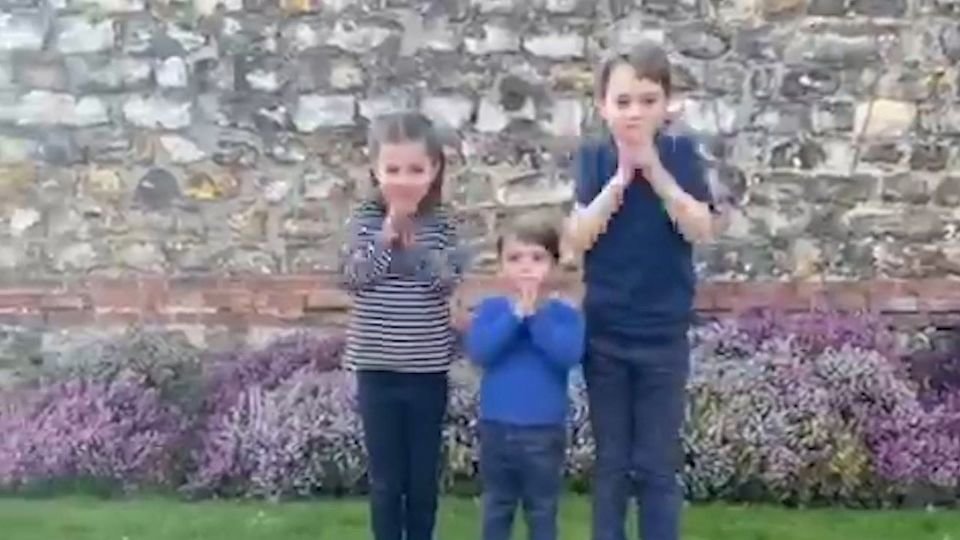 The Cambridge children during lockdown, clapping for carers

When one of the fathers said he knew lots of men who did not know about the Future Men fatherhood courses but were interested, Kate said it was a “shame” similar services were not more widely available.

The duchess added: “Dads play such an important role it shouldn’t be a bad thing to reach out for help and advice.”

In a lighter moment, Graeme Mackenzie, who towards the end of the video chat was joined by his eight-month-old son Liam, said: “The best thing I like about being a dad is sniffing him and getting that new baby smell.”

Peter Sen, who also introduced his first child, son Elliott, to the group, said: “I think being at home in lockdown has been a blessing and a curse. A blessing that I get to see every part of his development and that’s a real joy, and however poorly or badly he sleeps, he always wakes up with a big smile on his face.”

When the fathers brought out their sons William and Kate could not hide their parental instincts and smiled. Mr Mackenzie said: “His hobbies are drooling and he’s also quite a vocal little chap, aren’t you?”

Kate waved and said “Hi Liam,” then asked “Is this his first Zoom call?” and the duke and duchess laughed when told it was.

Mr Sen said he had missed interacting with other families and the duchess sympathised and replied: “It must be so hard having a newborn over lockdown.”

When William asked the men if being a father was valued by their communities and wider society, Darren Smith, married with a son called Messiah, said: “I have a strong belief that, especially for me being a younger dad, I think that I have a strong impact on you know, the community, the society around me…