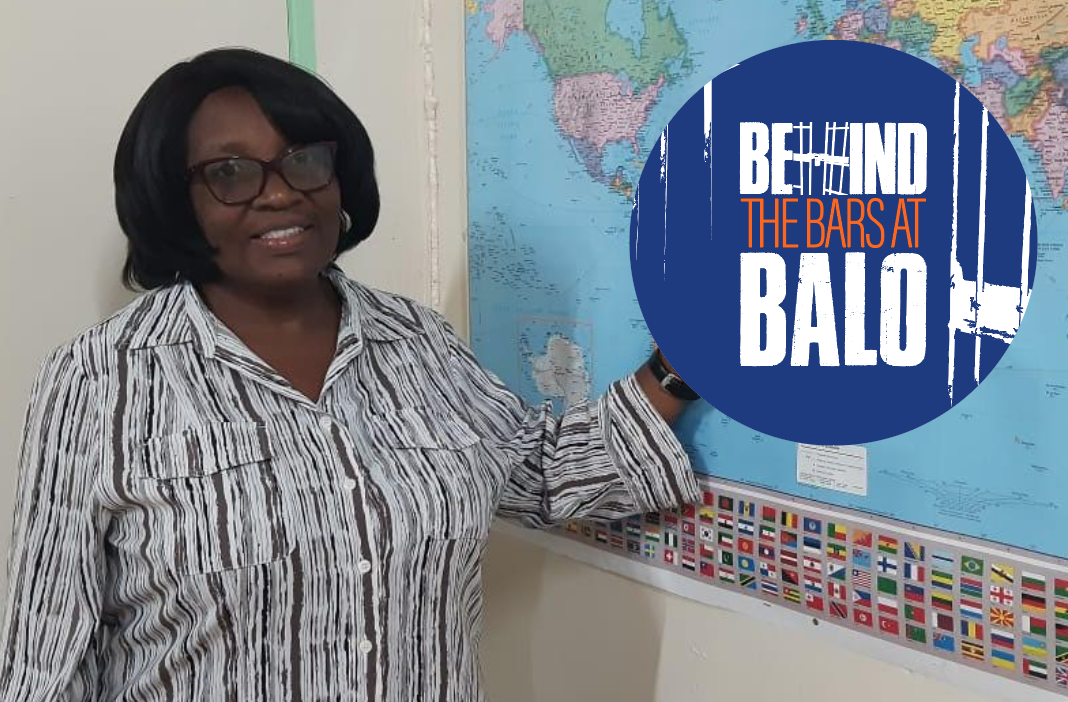 When Annie Codner-White stands before her classroom of convicts in a small cottage at Her Majesty’s Prison in Balsam Ghut, unfamiliar outsiders might only reasonably see a ‘teacher’. But the inmates under her pedagogy see something more.

“I am also their mummy, their sister, their aunty, their confidant. Sometimes they come in here and they cry. Sometimes they just want somebody to talk to and listen to them. Some of them feel guilty about their situation. I embrace them. I don’t see them as an outcast,” the sole educator at the facility told BVI News.

The Jamaican national started her campaign at the prison in 2017, and since the inception of the programme, two students have achieved their BVI High School Certificate. The first was Omarie Winter and the second was Shakela Hanley.

“I also do individual studies with inmates where some of them are a bit weak, and also I teach Spanish-speakers English,” she said.

Codner-White said that her role is multifaceted. She opted do more than just focus on academics after witnessing the broken spirits of some of her incarcerated students.

“It is also a mission field for me because some of them it’s as if they have no hope. They feel hopeless, but I try to motivate them and tell them about Jesus and hopefully they can see the light at the end of the tunnel,” Codner-White said.

I was a bit terrified at first!

She said that things were not always as smooth, and it still isn’t smooth sailing.

The prison educator admitted that she was “a bit terrified” to start the job.

“But the situation worked out quite well for me. It was immediately after Hurricane Irma, and things were on the downside a bit, and there was nothing much to do. But, I used my initiative, and I started a mobile library with the inmates where I took books up to their cells,” Codner-White told BVI News.

And when classes started in January 2018, “it was easy because that relationship was already set”.

“Even though I had new students coming in, because of the relationship I had with the previous students, they would come and see the relationship; they followed suit,” Codner-White explained.

In the meantime, the 30 year-veteran educator is hopeful that a policy will be implemented to make it mandatory for inmates between the ages of 17 to 21 take the classes.

Codner-White stated, that while there are between five to 10 inmates showing interest in their education, the number fluctuates daily.

“Some of the inmates have the potential. Maybe they didn’t have the guidance or somebody to motivate them. I must admit that it is not easy, and sometimes I have to get rough on them and let them know that their education can help them in the future,” she admitted.

“It bothers me that if they don’t take a hold of this opportunity that is being offered here at the prison when they go out. They might not be able to find a way to survive and they would have to come back. This is what we don’t want to happen, so we keep encouraging them.”

She is in addition, praying for a change in how persons with a blemish on their record are treated in society.

“I am hoping and praying that the system will change here in the BVI whereby the society will embrace them when they are released [from the prison] and offer them employment because that will prevent them from coming back to some extent,” Codner-White reasoned.
Add Comment