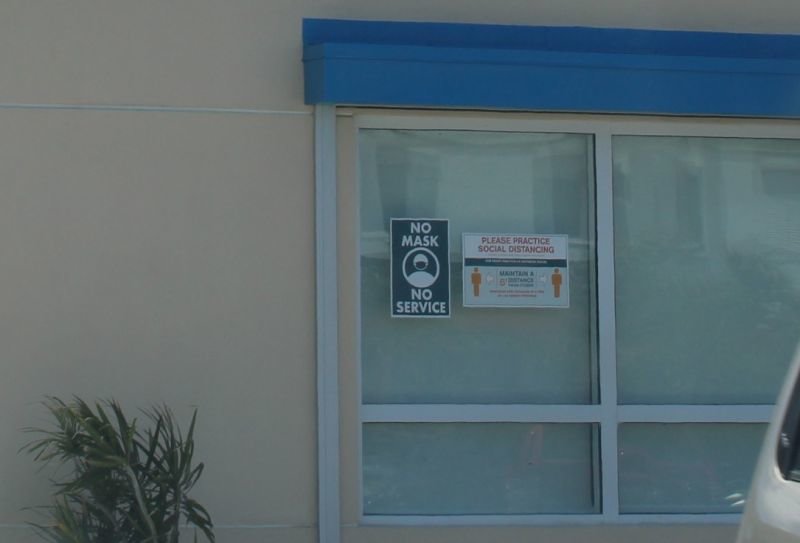 Several persons yesterday, January 6, 2021, were left frowning at the behaviour of an officer of Her Majesty’s Prison (HMP) who had allegedly refused to wear a mask to enter a business establishment and then reportedly assaulted a security officer.
Reports are that shortly after 8:30am, a uniformed prison officer was asked by a security guard stationed at Republic Bank BVI to put on a mask upon entering the establishment.

The officer; however, said he had difficulty breathing when wearing the mask.

A bank staff reportedly intervened; however, when the prison officer was being escorted out of the establishment he allegedly violently pushed the security guard.

Our newsroom was told that a police officer, who was at the bank at the time, was forced to caution the prison officer.

As part of COVID-19 control measures, all business establishments are required by law to enforce mask wearing, sanitising of hands and social distancing protocols or face fines and even closure.
#COVID-19  #Covid
Add Comment