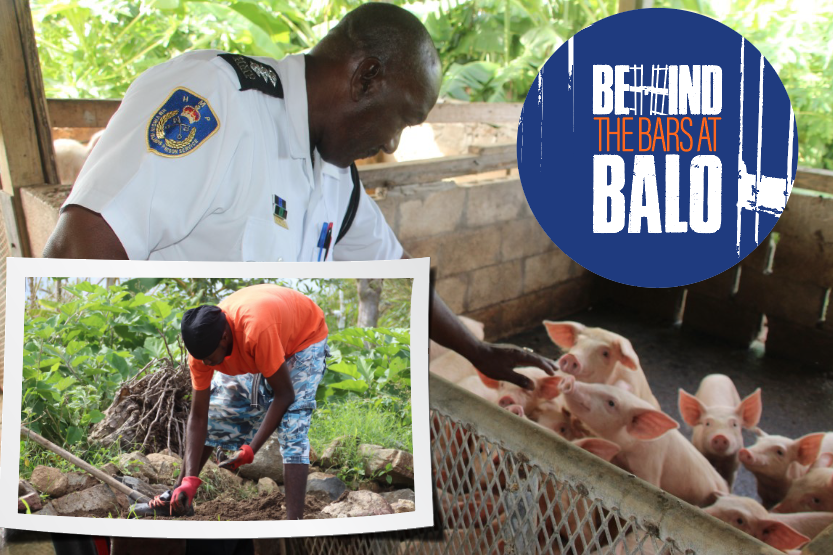 Prison to revamp poultry business | Farming a route to rehabilitation

Two prison officers and 16 inmates of Her Majesty’s Prison are about to get a lot busier on the facility’s farm, as plans are underway to revamp their once-thriving poultry business that was wiped out by the September 2017 disasters.

Situated high above the adult penitentiary, the five-acre farm currently boasts 68 pigs, an assortment of goats, cows, fruits and vegetables.

“We have now cleared a piece of land to construct a building to restart the [egg] layers programme,” said the prison’s Principal Officer with responsibility for the farm, Alexander Mills.

The building is expected to be about 100 feet long and 50 feet wide and is projected to house 1,500 layer chickens.

“The purpose of the layers was to supply eggs to the community,” Mills told BVI News. “We had a contract with Road Town Wholesale to supply eggs to them on a weekly basis. We would also sell to Scrub Island and various people in the community. I even sold eggs as far as St John. That was when the programme was really, really good and I hope to see it implemented again. And that is my ambition - to see it get off the ground starting as early as possible this year.”

Prior to hurricanes Irma and Maria in 2017, roughly $1,000 from the prison’s egg sales would go into the territory’s treasury per week, Mills said.

Meanwhile, under the stewardship of Superintendent Verne Garde, Her Majesty’s Prison only recently introduced cows to the farm.

Mills said the cows are an added income generator and also assists the inmates with rehabilitation as they are now responsible for the welfare of these animals every day.

“They (inmates) have the opportunity to become farmers [when they leave the prison],” the prison officer said.

During our news centre’s visit, three inmates were seen transplanting seedlings and clearing weeds from the farm’s vegetable plot.