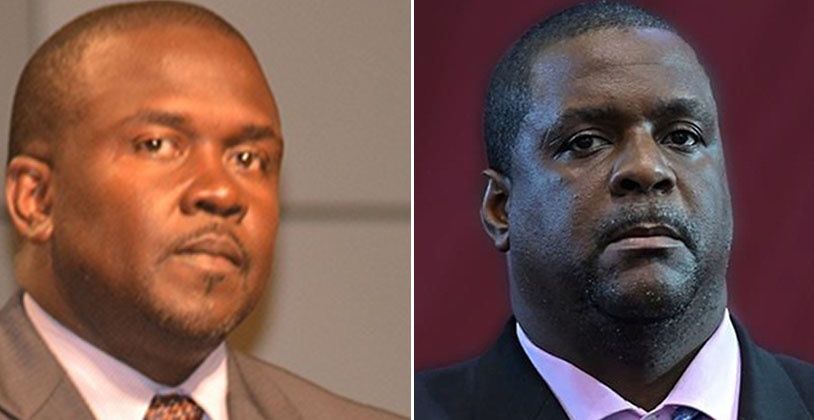 Leader of the Opposition, Hon. Marlon Penn has called on Premier Hon. Andrew Fahie to disclose the details surrounding the award of a $786K contract to Quality Air Conditioning & Refrigeration for the multipurpose complex.
At a press conference on Wednesday, February 2, Hon. Penn said he has the evidence and that the contract was indeed awarded to the bidder that was $300,000 more than the lowest bidder.

Hon. Penn said the two companies are owned Virgin Islanders, but questioned the disparity between the two bids.

He added, “It means it is questionable what happened with that particular scenario. We need to get to the bottom of it. The Premier needs to put out the tender details of that particular project. If he is saying that we are not being truthful and accurate with the information then put it out.

Hon. Penn was asked whether the Auditor General should look into the award of the contract.

Premier Fahie has brushed aside Penn’s assertion when they were first made late last year, stating that it is nothing new for Government to issue contracts to tenderers with higher bids.

According to Hon. Penn, his probe into the matter unearthed that the other tenderer tendered $481,000 to source and install the air conditioning system.

The Opposition Leader has previously stated that it was clearly a waste of resources during this economically challenging time.

The contract for the supply and installation of the AC system was inked on December 9.
#Fahie
Add Comment