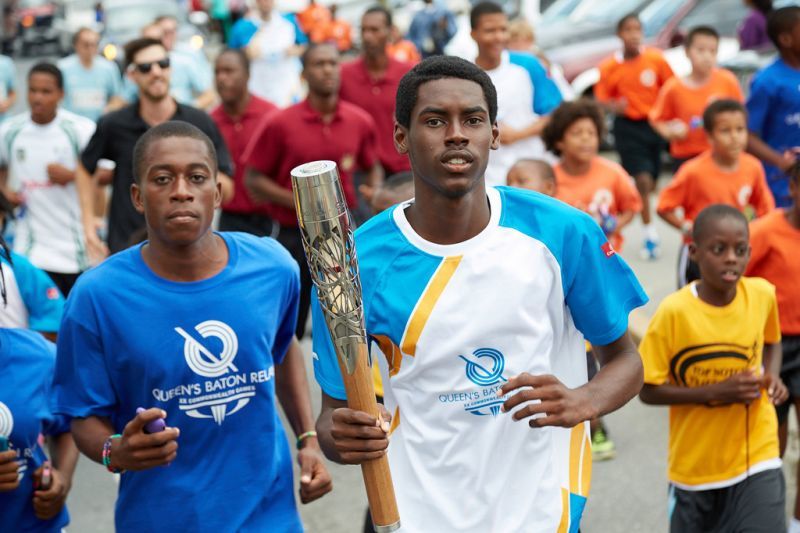 Queen's Baton Relay to tour VI ahead of 2022 Commonwealth Games

The BVI Olympic Committee (BVIOC) in its capacity as the Commonwealth Games Association (BVICGA) will host the upcoming Birmingham 2022 Queen’s Baton Relay in the Virgin Islands (UK) on Tuesday, May 3 and Wednesday, May 4, 2022.

The Queen's Baton Relay started its tour of 72 Commonwealth nations and territories in October 2021 when Her Majesty The Queen placed Her Message to the Commonwealth into the Baton and passed it to four-time Paralympic gold medalist and Team England athlete Kadeena Cox, who had the honour of being the first of thousands of Batonbearers to carry the Baton.

The event heralds the start of the quadrennially held Commonwealth Games. The city of Birmingham in England will host the 22nd edition of the friendly Games from July 28 - August 8, 2022.

VI expecting to field its largest ever Commonwealth Games team

The VI is expecting to take its largest contingent yet with 19 athletes representing the territory in 5 sports - a first for the nation, the BVIOC said in a press release on April 14, 2022.

The BVICGA has hosted four Queen's Baton Relays since 2005, the last one being in 2017 ahead of the Gold Coast 2018 Commonwealth Games in Australia where Kyron McMaster made history by winning the territory's first Commonwealth Games medal with a gold in the 400m hurdles.

"The Birmingham 2022 Queen's Baton Relay carries quite a significance for the VI as it brings with it the memory of history made four years ago and the start of our elite athletes' passage into world class performances," said Mr Ephraim Penn, President of the BVICGA.

"The Queen's Baton Relay is an event that aims to bring unity through community and which will showcase our culture and traditions to the other Commonwealth nations as well as reveal untold stories from Batonbearers and young people who are making changes for the better in their community.

"We are looking forward to celebrating the arrival of the Birmingham 2022 Queen’s Baton Relay in our community and are well on track with our planning for the occasion. Everyone is encouraged to get involved with the festivities and to join in the relays at any point and time or just cheer on the Batonbearers."

Baton to be officially handed over to Premier Andrew A. Fahie

The full programme starts with the official welcome reception on Tuesday, May 3 from 9.00am to 10.00am at the A.O. Shirley Recreation Grounds when the baton is officially handed over to the Premier and the Virgin Islands.

Relay Route on May 3

The Baton will then be driven to the Ebenezer Thomas Primary School in Sea Cow’s Bay from where the students will take it on to Manuel Reef. It will be sailed to Nanny Cay aboard a Tortola Sloop and a flotilla of dinghies organised by the RBVIYC. The afternoon programme will take place in Carrot Bay with a tour of the fishing community and the coal pit before making a stop for an interactive session at the Leonora Delville Primary School.

Relay route on May 4

On the morning of Wednesday, May 4, the Baton will be received at the Bregado Flax Education Center with a reception hosted by the school and community representatives before a short relay for a tour of the Green VI Eco Park facility and projects.

In the afternoon, the Queen's Baton Relay will start its tour through the East End / Long Look communities at 1:00pm with stops at Chapel Hill Methodist Church, Penn’s Landing, Willard Wheatley Primary School, East End Police Station, Francis Lettsome Primary School and Greenland Stadium, Long Look Methodist Church, the Sticket and the Long Look Tennis & Education Center - home of the VI Tennis Association and from where it will be taken to YEP. Cyclists from the BVI Cycling Federation will then take the Baton to the HLSCC where the VI Archery Association will receive the Baton and present it to the President of the College. Students will take the Baton across to the Marine Center and the Maritime Museum from where it will be run to Brandywine Bay beach for the grand finale.

The Queen's Baton Relay will draw to a close with traditional food and refreshments on sale at Brandywine Bay beach from 3:00pm -6:30pm. Activities will include a traditional game of tug-of-war and a sporting showcase by the National Federations of rugby, football, volleyball and taekwondo. Attendees will also be treated to a cultural presentation.

The key stakeholders involved in the planning and hosting of events include the Office of the Governor, the Premier's Office, the Ministry of Education, Culture Youth Affairs, Agriculture and Fisheries, the Departments of Culture, Education, and Youth Affairs and Sports, the Royal Virgin Islands Police Force and the BVI Tourist Board.

National Federations, schools, and community and social groups will be supporting the event as volunteers and participants in the relays through the districts.

Queen’s Baton to arrive in VI May 2

The Queen's Baton will arrive into the territory from Dominica on May 2 and will depart for St Kitts and Nevis on May 5.

The 16th official Queen’s Baton Relay will cover a distance of 140,000 kilometres. over 269 days, traveling to Europe, Africa, Asia, Oceania, the Caribbean and the Americas, before embarking on the final stretch of its journey across England for 25 days.

The Queen’s Baton Relay will complete its journey at the Opening Ceremony of the Birmingham 2022 Commonwealth Games on 28 July 2022. This is a traditional and fundamental part of the Games and the Opening Ceremony, as the final Batonbearer will pass the Baton back to The Queen. The Queen’s message to the Commonwealth will then be removed from the Baton and read aloud, marking the official start of the Birmingham 2022 Commonwealth Games. 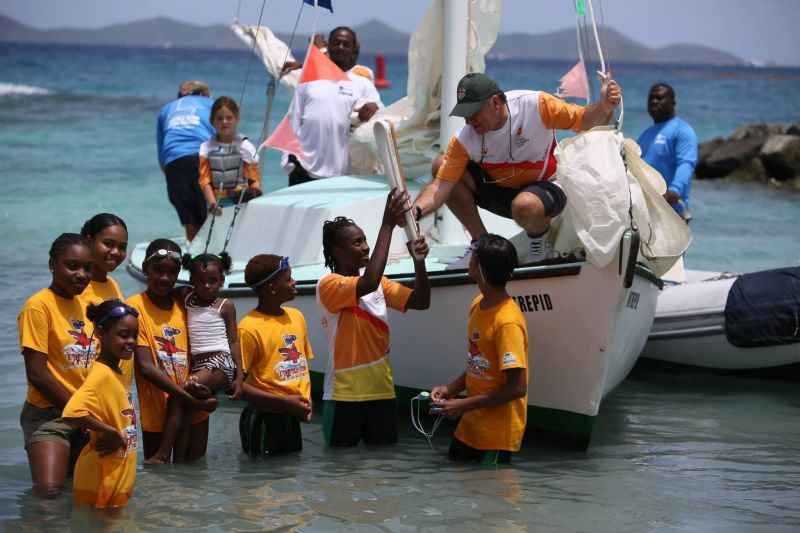 The Birmingham 2022 Queen’s Baton will be sailed to Nanny Cay aboard a Tortola Sloop and a flotilla of dinghies. 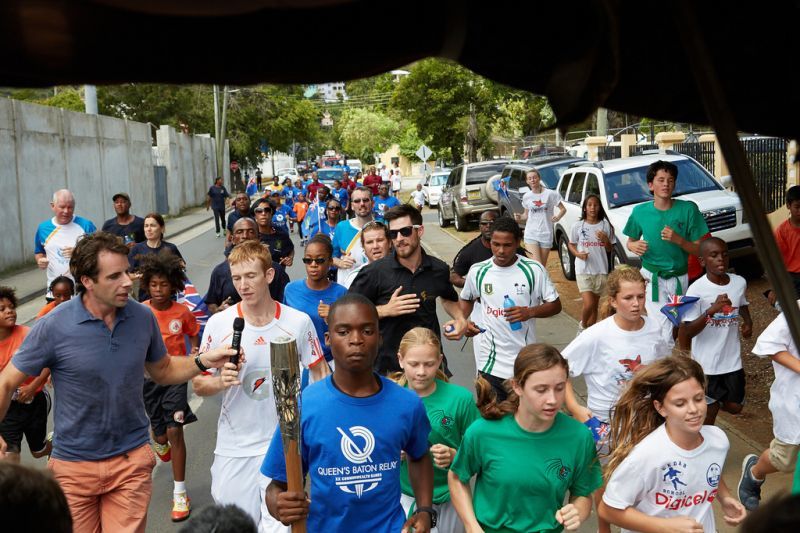 The BVI Olympic Committee (BVIOC) in its capacity as the Commonwealth Games Association (BVICGA) will host the upcoming Birmingham 2022 Queen’s Baton Relay in the Virgin Islands (UK) on Tuesday, May 3 and Wednesday, May 4, 2022.