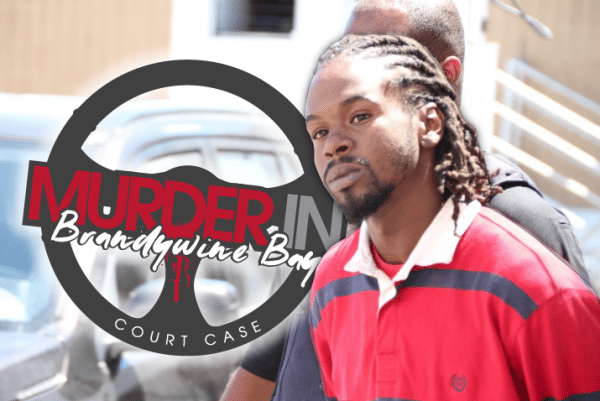 As the prosecution continues to build its case against the trio accused of Trumayne ‘Passion’ Daway’s murder, a fingerprint expert from the Royal Cayman Islands Police Service, Hayley Noddings, testified that a fingerprint sample lifted from the so-called ‘getaway vehicle’ was that of Rafael Harrigan.

Harrigan is charged with murder alongside Vernon Bernard of Dominica and Maybelline Rodriguez who the Crown previously described as the “honeytrap” used to lure Daway to his death on February 27, 2018.

During the continuance of their trial at the High Court yesterday, Noddings — who was deemed as an expert witness in fingerprint analysis — told the court that on March 4, 2018, she received an email from the Royal Virgin Islands Police Force with attachments of lifted fingerprint exhibits.

She said the email also contained a digital fingerprint scan of Rafael Harrigan. Noddings said the email indicated that the fingerprints were taken from the rear left side bumper, the left rear fender, the left rear outer side of a door panel at the mid-side front, right top side fender and the right inner side window of a motor vehicle. She indicated the prints were taken by a Senior Crime Officer on March 8, 2018.

Noddings also testified that she completed an individual Analysis, Comparison and Evaluation (ACE) assessment on all of the lifted fingerprint samples against the fingerprints of Harrigan.

During the cross-examination, Harrigan’s lawyer, Michael Maduro questioned if the samples she received could tell when the prints were lifted from the vehicle, and she said no.

Meanwhile, Bernard’s lawyer Richard Rowe asked if she was given Bernard’s prints to compare and she said yes. Noddings noted none of the prints sent by the police for comparison matched Bernard’s own.

She further indicated that there were no signs of transplantation of the fingerprints. This happens when someone lifts a print from somewhere else and plants it on an item. She said usually there is evidence of this, but nothing indicated such action.

Noddings said her ACE assessment was an independent verification process. She said she was not provided with any paperwork from any other experts before her assessment.

Meanwhile, Shemar Richardson who identified himself as Maybelline’s best friend also gave testimony to the court. He told the court that Bernard, popularly called Bones, was in an on-and-off relationship with Rodriguez. He also told the court that Rodriguez was pregnant at the time.

When he was asked if he knew the father, Rodriguez’s lawyer, Valerie Stephens-Gordon, objected stating only the accused could say who the father was. The objection was upheld by the judge.

According to Deputy Director of Public Prosecution Kellei-Gaye Smith, the Crown is expected to wrap up its case next week.