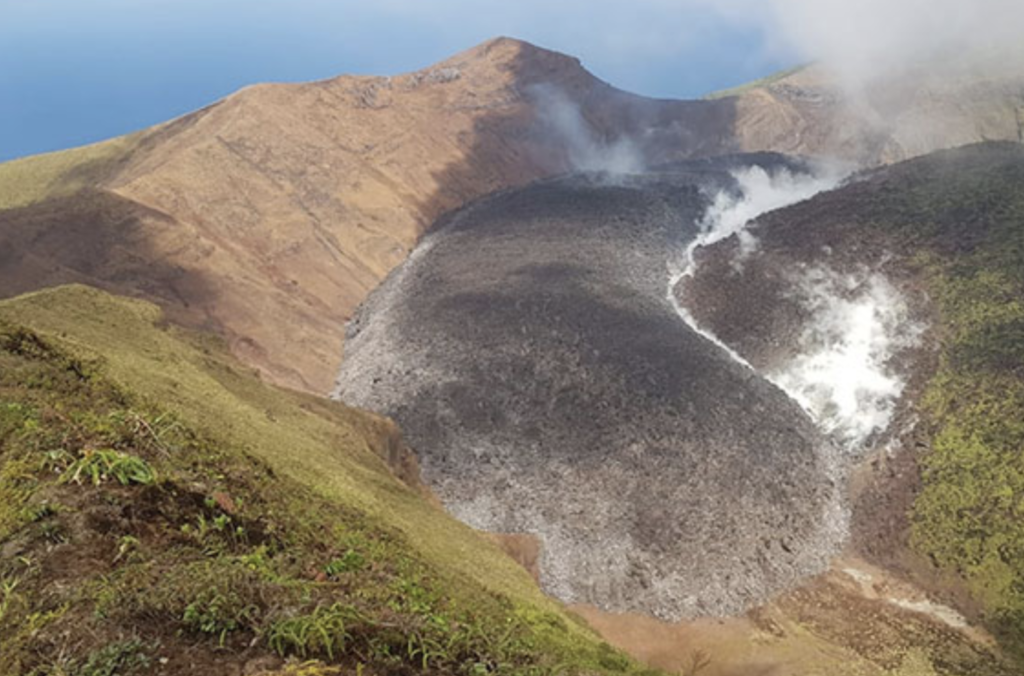 Premier Andrew Fahie has called on the BVI to “pray” for St Vincent and the Grenadines, which is now on alert level ‘Red’ as the country’s La Soufriere volcano shows signs of an imminent eruption.

A Red alert means an eruption is in progress or may happen without further warning.

“They are not only currently being affected by COVID-19 but the eruption of the volcano. May God continue to strengthen them during this time,” Premier Fahie said while concluding his COVID-19 update to the territory Thursday evening.

Over in St Vincent, Prime Minister Ralph Gonsalves ordered that all persons evacuate from the Red zone immediately.

He, too, made that order during a media briefing on Thursday. During the briefing which was his second for that day, Prime Minister Gonsalves said that things had deteriorated.

Volcano trying to clear its throat

“The significant thing that has changed since the last briefing though is that the last period of tremor was accompanied by periods of venting, gas venting, significant pulsing of the volcano, where …, for want of a better word, it looks like it is trying to clear its throat.”

“At this point, we cannot say for sure and cannot give any further clear warning that nothing would happen within the next 24 to 48 hours,” Robertson added.

He continued: “So when we briefed the Prime Minister, [it] was to say that there is no further warning we expect, and, therefore, to guarantee safety of people, it’s best to take certain decisions.”

“So right now, we will not be surprised if, for example, sometime between the next 24 to 48 hours, there are explosions from the volcano that are much more significant than we have seen so far. The pulsing is one thing but explosions are different. We seem to be clearly heading to something that might be explosive and, therefore, we need to take the necessary action to safeguard life and limb.”

Droves of persons from communities in the RED zone were being evacuated throughout Thursday evening into midnight.