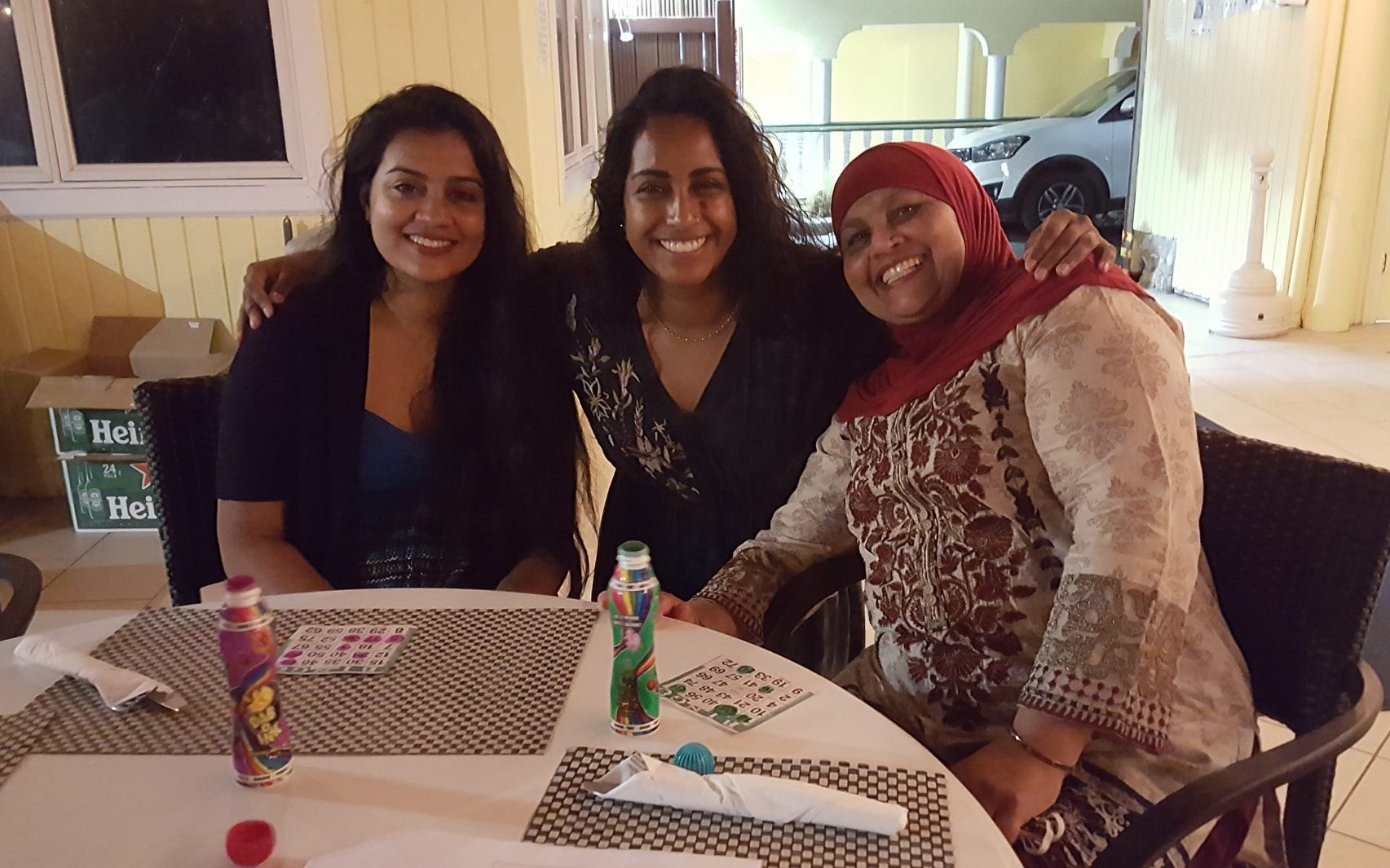 Unable to visit my family in the United States or even leave the territory, I kept my relatives informed on the strict measures being taken here through months of curfews with no promise of an opening date.

The restrictive rules worked: The Virgin Islands has remained much safer throughout 2020 than the US. I told my family countless times that the situation here felt isolating, but that isolation in a time like this is necessary to decrease the chances of Covid-19 infection.

But as the situation in the US worsened, my family members also began to feel the suppression caused by fear of going out.

School switched to online, and work schedules began to change. For my mother and younger cousin, that meant more free time during the winter months.

When Dec. 8 arrived and government changed its decision about the seaport opening, my family looked into flights coming into Beef Island and decided to book theirs for Jan. 2.

All of the procedures had been laid out by mid-December, when I first applied for my mother’s travel certificate to the VI.

By then, the BVI Gateway system was open, but there were still kinks in it.

On Facebook, I read about travellers unable to upload their negative Covid-19 tests prior to boarding their flights, and then getting stuck in Puerto Rico or St. Thomas until they got help from someone in the VI.

Often, that help didn’t come through the BVI Reopening Steering Committee, the Environmental Health Unit, or the BVI Tourist Board. Instead, people took to Facebook forums to list their troubles and find solutions, often complaining that they were unable to reach officials here.

In order to solidify my visitors’ travel plans, I needed to help them both obtain a travel certificate and to have my apartment approved for home quarantine.

So in mid-December I submitted the application for a travel certificate, which included a section with the option to home quarantine. There were several questions listed in the home-quarantine section that I answered.

I called the Environmental Health Unit the day after submitting the application to ask how long it would take to receive approval. I was told to wait until a week before the travel date since the unit was working on clearing visitors travelling sooner than my family.

But complications arose when I tried to secure my apartment as a place for my family to quarantine for four days.

I received differing advice on what to do: Environmental Health told me over the phone that I simply had to fill out the home quarantine section in the same travel certificate application I had already completed, and that no one needed to come to inspect the premises.

To be on the safe side, I also called the Steering Committee’s WhatsApp number to ask about getting the “all clear” for home quarantine.

However, I was told to call Environmental Health, which directed me again to the travel certificate application on the portal and told me that a response would come soon.

With a travel date set for Jan. 2, my mother and cousin took their rapid PCR tests five days prior and got their results the next day.

When trying to upload the negative test result for my mother, there was no option on the application to attach any documents.

I called Environmental Health, and a link was sent through my email to upload the test result. I uploaded the result on Dec. 30.

My visitors followed all the other steps necessary to secure their travel certificates as well. And then we waited.
Meanwhile, I still hadn’t received any information about home quarantine.

It wasn’t until New Year’s Eve — two days before their arrival date — that I began to worry as I sent several WhatsApp messages to the Steering Committee and received responses spaced hours apart.

At the committee’s request, I sent my visitors’ reference numbers at 11 a.m. At noon, they asked for the flight details, which I sent within ten minutes.

“Please advise…” I tried after two more hours with no response.

At 4 p.m., the Steering Committee asked, “Flight is what date?”

Again, I answered within minutes. After two more hours of silence, I asked if they needed any more information. I was told, “No.”

I asked if there was any update, and didn’t receive a reply until 9 p.m. that night saying, “If you don’t get approved tonight, it will be tomorrow.”

With less than 48 hours until the flight, and still no approval given for the travel certificates or the home quarantine, my mother and cousin were filled with anxiety, and eventually so was I.

I resorted to posting on Facebook to seek help.

“I have family travelling on Saturday, and their applications with negative Covid tests still haven’t been approved,” I wrote at 8 p.m. on New Year’s Eve, a Thursday. “I hear so many stories of the applications being approved too late and I really don’t want my family stranded anywhere. I’ve been texting the WhatsApp number and they respond with more questions hours apart, and I keep providing them with information. No luck with getting the applications through. Can anyone help?”

Within 20 minutes of my post, two government officials messaged me privately to ask for the information on the applications, and several people commented on the post.

As I was covering an event for New Year’s Eve for the Beacon, huddled to the side of Loose Mongoose where I caught some Wi-Fi and refreshed my email continually for two hours and messaged my family with updates, I got an email approving my mother’s travel certificate. Minutes later, we got approval for my cousin as well.

Relief washed over me. I felt like I could breathe again.

However, I still didn’t know if the home quarantine was approved, so I asked the Steering Committee through WhatsApp. Eventually, they responded on the day of travel, asking for information I had provided previously.

But by then, I also had received confirmation of home quarantine from a staff member at the Ministry of Health and Social Development via Facebook. The ministry official first urged me to fill out a home-quarantine form at around 9 p.m. on New Year’s Eve, which I filled out and emailed promptly. Once I realised the travel certificates were approved, I informed her. She then said that once the travel certificate was approved, the home quarantine had been approved at the same time.

If I hadn’t posted on the Facebook page, however, I don’t know if my family would have been able to travel at all.

As it was, however, their journey was safe, secure and seamless.

On arrival, they received tracking bracelets that were easily removable, along with black boxes that they said didn’t seem to do anything at all.

The boxes would blink green if they were charged or red if they weren’t charged, but my visitors received no instructions on how to use them.

During their time in quarantine, they were not required to download an app; there were no random video check-ins; and no one came to the property to make sure they remained in place.Though they didn’t venture out of my small apartment — which I abandoned during the days they were in quarantine — there didn’t seem to be anyone enforcing the rules, they told me. Their “day zero” PCR test results arrived two days after the start of their quarantine, and hours apart.

One “day four” negative result came from the hospital the day after the test, and after prompting via email, the second one came shortly after.

We returned the devices and bracelets to the Road Town Police Station and were finally free to enjoy the islands together.