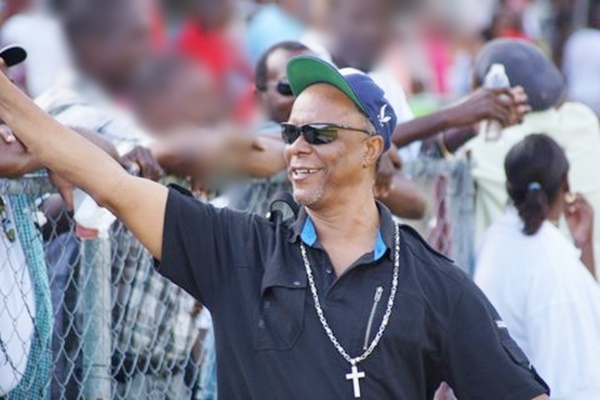 Resident: Why no public outcry from Premier after Hodge’s death?

At least one resident has questioned why there was no public outpouring of sympathy from Premier Andrew Fahie following the violent murder of Earl ‘Bob’ Hodge a year ago.

Hodge was shot to death in his driveway at his home in Hannah’s Estate on Tortola back in February 2021.

The resident, a caller on last evening’s Virgin Islands Party radio show, Let’s Talk, questioned the Premier and said he found it sad given that the Premier recently publicly expressed sympathy at a memorial event following the gunning down of local resident, Jaimez Stoutt.

The resident’s question was interrupted by Health Minister Carvin Malone who instantly came to the Premier’s defence.

“What exactly are you inciting?” Malone asked. “I’m hearing the question but it is a very unfair comment.”

But the Premier urged the resident to finish his question and responded by saying that he had spoken out about every act of gun violence that happened in the territory.

He noted that Hodge’s family can also attest to his efforts in this regard. He further noted that acts of gun violence should not be for politicians and elected officials alone to speak out publicly or for the police to do their work after the crime has happened.

“What I said Sunday [at the memorial event]; I’ve been saying all around. This is not a time to try to create mischief, this is a time for all of us to do an introspection of ourselves and say, ‘what can I do to step forward to stop these [acts of] violence’,” he added.

“We have to admit the fact that some of us have done a very good job and some of us – I keep myself in all of it – have done a poor job. Whether it’s as citizens, as parents, [or] even in some of our jobs, we’ve done both good and bad,“ Premier Fahie said.

He further argued that parents are allowing their children to be out at establishments at night where they shouldn’t be and are dismissing this by saying that their children are out with friends.

The Premier said this is an example of the proverbial cart being placed before the horse.

He urged residents to have more conversations together as a family and with their children.

“A lot of people are not speaking to each other in the homes now and I don’t mean it in a bad way alone,” the Premier said.

He also blamed technology for some of the ills occurring in society today.

“Children are in the bedroom ‘WhatsApping’ either brother or sister or mother to bring them a glass of water and their room is only just that far away, even if they whistle they can hear them,” Fahie said.

The Premier said unless persons understand that it starts with each individual, then there will forever be attempts to cast blame and point out persons who did not come out to speak against violence.